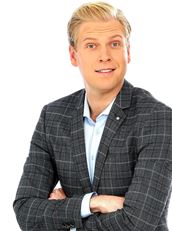 Mark Humphries is the host of Pointless on Network Ten and the resident satirist on ABC's 7.30. A talented comedy writer and performer, Mark is also known for his work on SBS Viceland’s The Feed, ABC News’  The World and as a regular guest on ABC’s Insiders. Mark cut his teeth as a presenter on ABC2’s The Roast in 2012 and after a successful three-year stint, his segment was picked up by Guardian Australia. Mark then moved to radio, guest hosting The List and TV Club on ABC Radio National in 2016 and co-hosting Radio Chaser for the Triple M Network in 2017. In 2016 he co-authored The Chaser’s Australia and has also contributed to The Chaser Quarterly.