The Biggest Lies of All

08 May 2019
Back to stories
Categories
Archives

A senior editor at Elle.com, Estelle Tang was on the ground at Sydney Writers' Festival, bringing us a daily wrap-up of the ideas, discussions and debates as they unfolded across the program. Reflecting on the literary week that was, she looks at how this year's theme, Lie to Me, was unpacked by novelist Fatima Bhutto at the Festival's Closing Night Address. 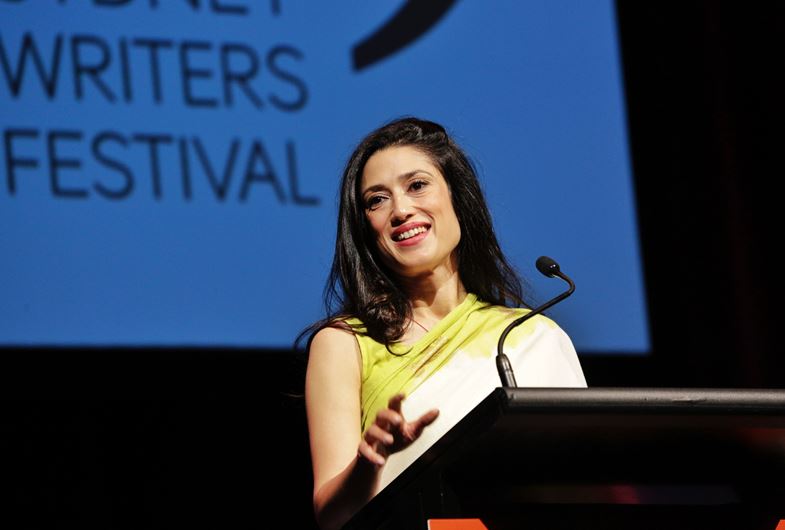 Lies are a kind of storytelling – asserting that things aren’t like that, but like this. And Pakistani author Fatima Bhutto, who opened the Festival in 2011 and returned this year to close it, argued that in one specific case, the lies needed to stop. One of the most tenacious untruths still hatefully perpetuated is, as Bhutto recalled Richard Dawkins saying, that Islam is the most evil religion in the world.

"We are obsessed with post-truth today, but deception was always there. The lie has always existed,” she said. “Post-truth.” “Fake news.” These terms and their dominance in our everyday lives point to an important actual truth, Bhutto says: "Warfare extends far beyond the field of politics. It is fought on the battlefield of language.”

If language can be a weapon, it can also be how we fight back against such misconceptions. Let’s start with rewriting the story, shifting focus elsewhere and making comparisons that illuminate the misapprehensions we’ve been labouring under. “All religions are misused to justify war and death, but the one used to kill the most over the 20th and 21st century so far wasn’t Islam,” she said. Hitler and Stalin were not Muslims; nor was Milosevic, she reminded us. World War I claimed the lives of 15–19 million people, while World War II took an even higher number. “America has never apologised for being the only power in human history ever to use nuclear weapons, killing nearly 200,000 Japanese people in minutes,” she said. Then there’s the Korean war, the Laos bombings, US drone strikes.

According to the logic that ascribes some fundamental morality to Islam, should some of these be called atheist crimes or Christian crimes? “If you have felt uncomfortable to have your religion described as war and death and pestilence,” she said, “Welcome to the experience of 1.5 billion Muslims.” It’s not actually religion that accounts for these horrors, Bhutto reminded us, but fear.

Against this insidious story of so-called Muslim crimes, Bhutto held up another, very different story: that of Aitzaz Hasan, a Pakistani 15-year-old who died while defending his school from a suicide bomber and likely saved the lives of several of his 2000 fellow students. It’s to him that Bhutto’s novel The Runaways is dedicated. It’s his name, rather than the names of terrorists, shooters, reckless and hateful cultural provocateurs, that she wants us to carry and remember everywhere; acts of love that we remember, rather than acts of hate. And that’s a story we can all tell. “As Nawal al Saadawi, the pioneering Egyptian feminist and novelist, once said: 'We are all living in this world—we must revolt together.'"