So You're On a Panel at Sydney Writers' Festival

03 May 2019
Back to stories
Categories
Archives

A senior editor at Elle.com, Estelle Tang is on the ground at Sydney Writers' Festival, bringing us a daily wrap-up of the ideas, discussions and debates as they unfold. Today, she shares her experiences as a Festival speaker, asked to reflect on the intersection of the public and personal in art. 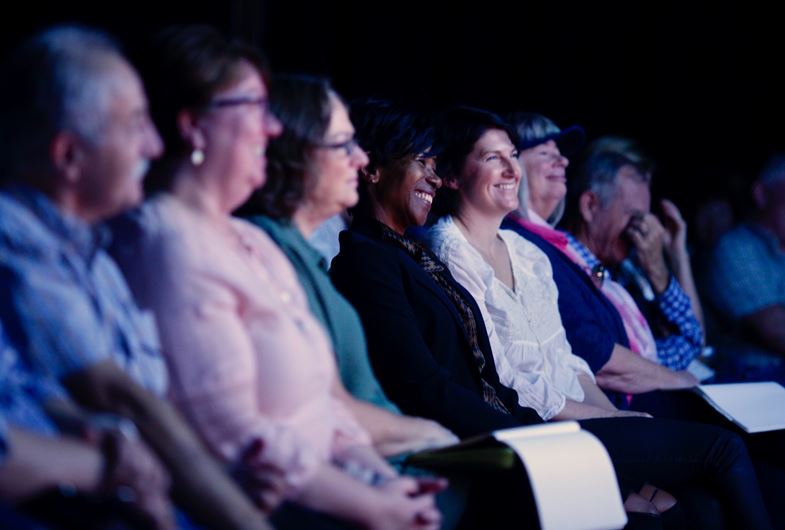 You’ve been asked to be on a panel at the Sydney Writers’ Festival. You are game but curious. The title of the session is “All Your Faves Are Problematic: Can We Cancel Art?” You think, Obviously. Well; you know that’s a glib answer – #notallart, a phantom voice says — but there’s something about it that feels emotionally correct. Everything is terrible, and so is everyone.

You say yes. It will be an honour. There are two other clever people you’ve never met on the panel. One has written a book on the subject, which feels intimidating, because you’ve never written anything about it at all. What could you possibly have to contribute?

Wait. Is that true? Your job is to survey and report on and interpret culture. In the past couple of years, there’s been Harvey Weinstein. There’s been #metoo. There’s been Bill Cosby and Leaving Neverland. You think about the time you saw all the R. Kelly songs scratched out on a karaoke menu. In a way, you’ve been dealing with it all along.

You’re thinking. What does it mean to “cancel” someone? Sometimes, things actually get cancelled. FX drops Louis CK. House of Cards puts Kevin Spacey’s character on ice. Then, sometimes, it’s not a mortal blow. It’s a personal declaration. You’re saying you don’t f*ck with that person anymore, that this artist has betrayed you with their human fallibility.

You know people aren’t perfect. You know the world isn’t either. Are there some people it’s too late to cancel? You think about John Lennon, who assaulted a woman. You think of Charles Dickens, who tried to have his spouse shut away in a mental asylum. Their art is already out there. Can you just...pluck it out of the world?

You think about all the well-meaning (?) people who don’t like this topic. ”Can’t we separate the art from the artist?” they’ll say. “Death of the author, and all that?” It’s true: Some people have the luxury of thinking about it academically. But some of us don’t. Some of us have to think about the bad things we know about and have experienced every time we step into a supermarket, a karaoke bar, a cab. It’s so very much to take into account.

You’re starting to get muddled, overwhelmed. It’s the day of the panel. You ask your friend, who’s moderating the panel, how he’s thinking about all this. “On the one hand this is a subject that speaks to old and serious ideas about safety, voice, power, and vulnerability,” he says. “On the other hand, this is a subject that is widely and casually discussed in 2019. So the challenge with this is striking a balance between a respectful session, a session that might get at the heart of the issue, and a session that reflected the way these discussions sometimes unfold in private.”

You think, Yes. Such a focused, practical way of thinking about this sprawl of a question. You needed that. Someone to talk to about it all. It feels like you need to have this conversation. Soon, you will.