Three special guests have designed sessions that light up the dark, magical and unexpected spaces of this year’s theme: Almost Midnight.

Gomeroi poet Alison Whittaker (Fire Front and Blakwork) wonders what it means to be ‘after midnight’  – for the climate and for each other. In these sessions, the voices of some of our most accomplished Indigenous writers help illuminate ways through the dark.

While apocalypses are usually consigned to science fiction, for First Nations peoples whose cultures have survived genocide and colonisation, they are more than the stuff of fiction. Hear from a panel of leading blak speakers as they discuss what it means to be truly post-apocalyptic after the Doomsday Clock strikes midnight. Gomeroi poet and essayist Alison Whittaker is joined by novelist Tony Birch (The White Girl), Ambēyaŋ linguist and historian Callum Clayton-Dixon (Surviving New England), and Jacinta Koolmatrie, an Adnyamathanha and Ngarrindjeri woman working in Indigenous heritage.

While Indigenous Australians have been passing down histories and knowledge for millennia, what does it mean for First Nations creatives to be read or heard today? Join some of the country’s most accomplished Indigenous writers as they deliver a series of bite-sized performances and yarns directly to the audience. Don’t miss Gomeroi writer and guest curator Alison Whittaker with Wirlomin Noongar author Claire G. Coleman, Wiradjuri/Gamilaroi poet Lorna Munro, Larrakia Tiwi writer and actress Miranda Tapsell, Wiradjuri writer Tara June Winch, and Gomeroi professor and historian Heidi Norman in what is bound to be a Festival highlight.

Four leading Indigenous writers and thinkers discuss what the idea of being ‘after midnight’ means in relation to colonisation, blak pessimism and reckoning with loss. Considering the past and present in a time of escalating climate crises, they examine what nihilism offers where hope fails, how to rethink notions of dread and optimism, and how history can provide a roadmap out of despair. Featuring Koorie poet and researcher Evelyn Araluen; Munanjahli and South Sea Islander health worker and researcher Chelsea Bond; Goa-Gunggari-Wakka Wakka Murri actor, writer and director Leah Purcell; with guest curator, Gomeroi poet, essayist and legal researcher Alison Whittaker. 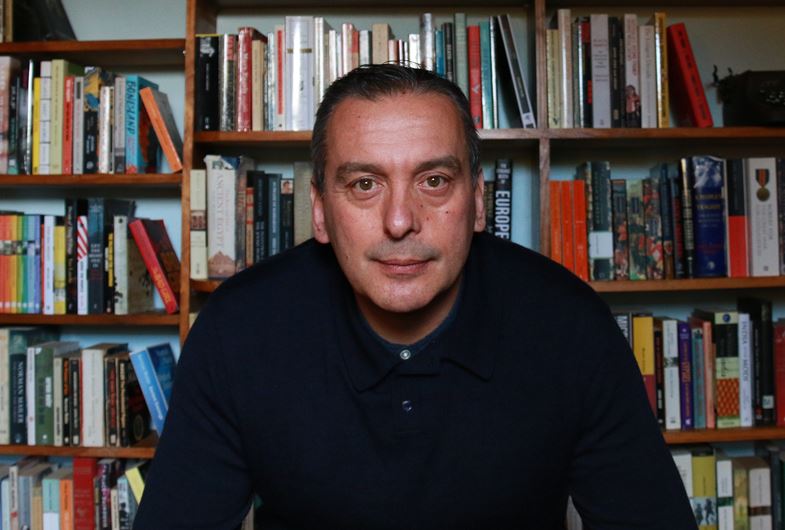 Journey to the End of Speech

As questions of free speech continue to fuel debate in Australia and around the world, guest curator Christos Tsiolkas convenes with a panel of leading thinkers to consider the limits of liberty in the modern age. Speaking with Quillette Editor-in-Chief Claire Lehmann, Guardian UK columnist and We Need New Stories author Nesrine Malik and commentator and biographer David Marr, Christos asks how they deal with writing as journalists in an age of call-out culture, the measure of free speech versus hate speech, and the role of governments and platforms such as Facebook and Twitter in regulating expression.

While Australian censors once banned novels by the likes of Baldwin, Burroughs and even Balzac on the grounds of obscenity, the role of transgressive fiction in challenging and disturbing sexual mores has seemingly changed in an era when sex is increasingly mainstream. Fiona McGregor sits down with guest curator Christos Tsiolkas, Affection and Triptych author Krissy Kneen and The Pillars novelist Peter Polites to explore modern writing that dares to take us to uncomfortable erotic spaces usually only visible after midnight. They discuss what it means to be transgressive in an era of keen awareness of sexual abuse and damage.

Supported by the University of Sydney.

The Ethics of Parenthood

As society, technology and the planet itself have transformed in recent generations, fresh considerations have emerged around parenting. Guest curator Christos Tsiolkas considers the moral complexities of parenthood today in conversation with musician and writer Clare Bowditch, debut novelist and climate policy advocate Kawai Strong Washburn, and journalist Elfy Scott. Is it ethical to bring a child into a fraught and possibly apocalyptic world? How do we understand the privileges of technology to further extend our child-rearing years? And for authors, how does raising a child intersect with the writing life, and why are male writers still rarely asked about parenting or their decision to have or not have a child?

Rebecca Giggs (Fathoms: the world in the whale) dives into those mysterious and troubling in-betweens: the spaces between animals and humans, our bodies and the world, the online and the real.

Celebrated writers Leslie Jamison, Laura Jean McKay and guest curator Rebecca Giggs, have each penned recent works that examine animal and human communication. Speaking with Elizabeth McCarthy, they consider the question: if we really could speak with animals, would we feel more or less at home among them? Laura Jean’s The Animals in That Country imagines a world in which humans can talk with animals. Rebecca’s Fathoms: the world in the whale looks at communication between whales. Leslie’s essay ‘52 Blue’ in Make It Scream, Make It Burn focuses on a unique whale, thought to be the only one of its kind, who becomes a totem for people’s loneliness.

Pain, illness and incapacity may be bodily phenomena experienced by each of us individually, but how is medical treatment shaped by social and cultural factors? And are there broader consequences when we define some suffering as bearable, some illnesses as purely mental, and certain diseases as ‘a fight’ that a nation should put its shoulder behind? Guest curator Rebecca Giggs explores the issues with writers Anne Boyer (The Undying), Gabrielle Jackson (Pain and Prejudice) and Karen Hitchcock (The Medicine).

The dark arts of online deception run the gamut from love rats and confidence tricksters to dedicated political disinformation campaigns. Join memoirist Stephanie Wood (Fake) and Soviet-born British journalist Peter Pomerantsev (This is Not Propaganda) in conversation with guest curator Rebecca Giggs. They consider the scale of these manipulations, how they impact personal lives, and how identity – and intimacy – are changing in the information age. Together, they examine our faith in facts and the difference between self-promotion and outright deception.