Looking Back with Michaela McGuire

11 Aug 2020
Back to stories
Categories
Archives 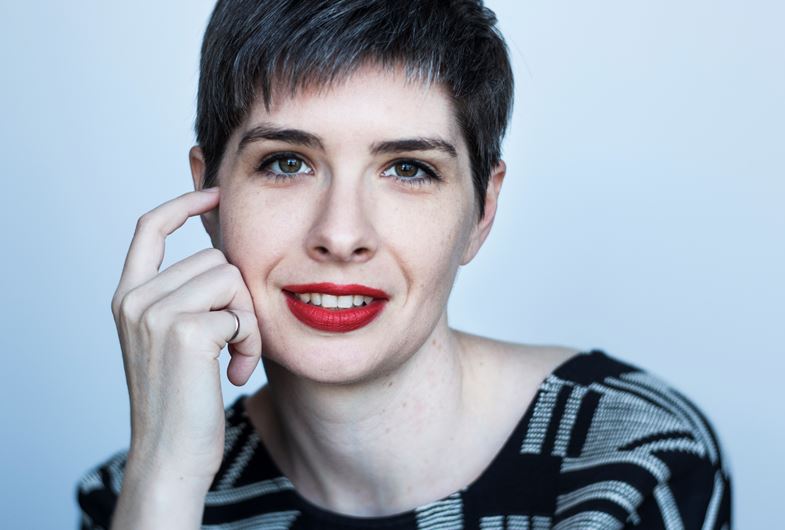 Ahead of her departure later this month, Michaela McGuire reflects on her time as Artistic Director.

What are you most proud of from your time at the Festival?

Each Festival honestly felt like a small miracle. It feels so improbable that such a small team could bring together hundreds of writers from all over the world, and that (more or less) without incident, thousands of people would show up to hear them talk about their books. It’s an enormous privilege to have been part of a team that cares so deeply about bringing writers and readers together, who can problem-solve their way through most unlikely of scenarios with such intelligence and good humour, and are rightly recognised for this work as being one of the best writers’ festivals in the world. I’m also so proud of the Festival that we didn’t get to have, and of the way that this team calmly worked through launching and then cancelling this year’s Festival within just four days.

How has the Festival changed during your time as Artistic Director?

Well for starters we changed venues and moved from Walsh Bay to Carriageworks in my second year, which was an enormous undertaking. The programming team also made a really concerted effort to embrace new program partners and curate events that appealed to younger, more diverse audiences, which has changed the energy and dynamic of the Festival for the better. It’s been so heartening to bring the core audience along with us on that journey, and we’ve received incredible feedback about audience members buying more tickets to authors they’d never previously heard of outside the Festival before, and discovering new voices and perspectives.

Who was the literary hero that you were able to meet at the Festival?

Just one literary hero? Ok, I’ll say George Saunders, because we were lucky enough to have him at two Festivals.

What was your favourite experience as an audience member?

It was so rare for me to sit in the audience for a whole session where I wasn’t looking at my phone and answering emails or texts the entire time that my choices are somewhat limited, but the 2019 Opening Night was a stand-out. Nana Kwame Adjei-Brenyah, Max Porter and Meg Wolitzer each interpreted the theme Lie To Me so differently, and offered such rigorously considered personal and political addresses. I think everyone who was lucky enough to be in that theatre that evening knew just how privileged they were to be in the presence of three authors whose minds and hearts were at such hard, hard work.

What advice would you give the next Artistic Director?

Never forget that you’ve got the best job in the world, and act accordingly. Try not to have the Outlook app on your phone for the quieter half of the year. Wear really comfortable shoes during Festival week.

What will you miss the most about Sydney Writers’ Festival?

The staff, though I know I’ll remain lifelong friends with so many of them. The genuine affection and goodwill towards this Festival from our patrons, audience, program partners and authors and publishers all around the world.

At the end of August, we’ll be farewelling our Artistic Director Michaela McGuire, who after four years at the helm is leaving Sydney Writers’ Festival to return to her hometown of Melbourne. During her tenure, the Festival has well and truly cemented its place as one of the most exciting and cutting-edge literary events in the world.