For the literary-minded, a long weekend means one thing: days and days of uninterrupted reading. We’ve gathered the books we’re most excited to spend the next few lazy afternoons reading so you’re not lost on which authors to get tucked up in that cosy reading chair with. From the poetic to the criminal, non-fiction to the futuristic, put your phone on aeroplane mode and enjoy this selection of some of the most exciting voices in Australian literature and beyond. 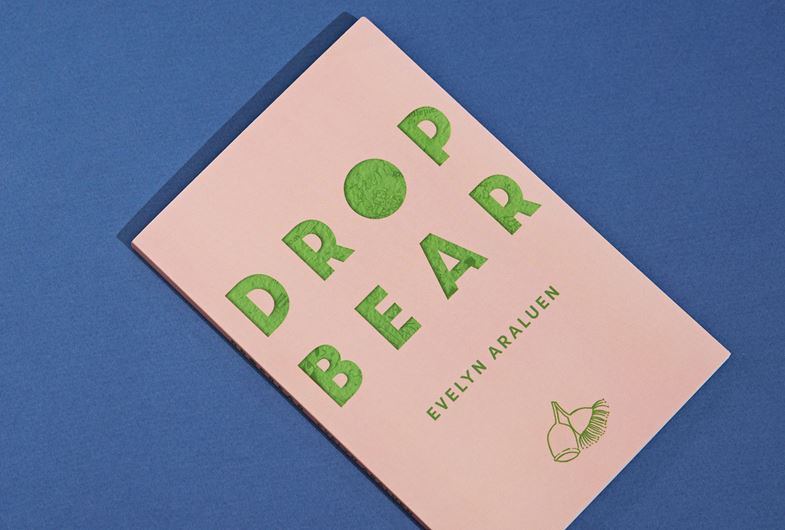 There’s a reason we were confident programming a debut poet alongside two distinguished, established Miles Franklin Award winners. Evelyn Araluen, right out of the gate with her first book, has shown herself to be a writer of formidable power and grace. The poems collected in Dropbear are part poetry, part essays and part conversation with a legacy of colonial publishing and myth-making. You’ll never see Snugglepot and Cuddlepie in the same way again. This is an electrifying debut.

“You know what to expect of a poet like Evelyn Araluen. Her verse has an unrivalled and merciless clarity of expression and purpose. In Dropbear, she peers through her subjects, right into you – the reader. Evelyn drops her words over gazes and shoulders like a heavy blanket – obscuring or warming, it’s up to you.”

Song of the Crocodile, Nardi Simpson

Longlisted for the 2021 Stella Prize, Yuwaalaraay writer Nardi Simpson’s debut novel Song of the Crocodile examines fraught relationships between Indigenous and settler communities around the fictional town of Darnmoor. Exquisitely crafted with a lilting musicality – Nardi is a member of folk music duo Stiff Gins – Song of the Crocodile is a powerful uncovering of the effects of deception, violence and the abuse of power and a rich, vibrant exploration of relationships with Country.

“Simpson’s debut feels like a magnificent question: what else might she bring us? For now, just surrender to her storytelling, rich with Yuwaalaraay language and song.”

In Fire, Flood, Plague, Sophie Cunningham has gathered an impressive array of some of Australia’s finest writers – including but not limited to Lenore Taylor, Nyadol Nyuon, Christos Tsiolkas, Melissa Lucashenko, Kim Scott, Brenda Walker, Omar Sakr, Tim Flannery, Rebecca Giggs, George Megalogenis. The resulting collection is something bigger than the sum of its parts. More than just a 2020 recap, Fire, Flood, Plague is a meaningful offering of hope, an outstretched hand to those who’ve lost, and an urgent reflection on the state of our planet and future.

“For most Australians, two events will clearly define 2020, and they are events imbued with an atavistic, biblical solemnity: fire and plague…Yet, amid the distress and mourning, the evaluation and the taking stock, I found myself hopeful.”

When She Was Good, Michael Robotham

One of our finest crime writers, Michael Robotham is the only Australian to ever win the UK’s prestigious Gold Dagger Award twice, joining the likes of fellow double-recipients John le Carre, Minette Walters and Colin Dexter. The sequel to Good Girl, Bad Girl, When She Was Good is another dark masterpiece from a master storyteller. A page-turning, psychologically acute thriller, fans will be pleased to see Cyrus Haven return – a protagonist as riveting as Michael’s previous detectives.

“Don’t try to get anything else done; just keep reading. The only way this book will let you go is if you walk, or run, with Evie, Cyrus and Sacha to the last page.”

Caste: The Lies That Divide Us, Isabel Wilkerson

We’ve made very few exceptions to our local focus in this year’s program and Isabel Wilkerson was always on our list. The Pulitzer Prize–winning journalist and author captured widespread attention for her latest book, which directly engages current conversations about meritocracy, white supremacy and social hierarchy, opening its lens beyond class and race to explore the nature of structural power. Big, weighty ideas are delivered in a clear, intensely readable narrative style. It seems strange to call a work like this a page-turner, but there you have it.

“It’s an extraordinary document, one that strikes me as an instant American classic and almost certainly the keynote nonfiction book of the American century thus far. It made the back of my neck prickle from its first pages, and that feeling never went away.”

“It is one of the most impressive and appealing Australian debuts novels of 2020 – or, frankly, any year, and you can scratch the adjective ‘debut’ from that description too.”

Klara and the Sun, Kazuo Ishiguro

Kazuo Ishiguro’s first novel since being awarded the 2017 Nobel Prize in Literature, Klara and the Sun, is a dazzling, genre-bending parable from a literary master. A quietly optimistic reply to his tenderly devastating Never Let Me Go, Klara and the Sun takes readers to a vaguely futuristic setting where the rich enjoy every privilege and children interact with artificial friends. Told from the perspective of an android, one of these artificial friends, it asks: what does it mean to be human – and to love?

“It’s a bruising – strangely uplifting – elegy to the very possibility of love, and the finest work to date by an already deified novelist. Hyperbole doesn’t do it justice. Read it.”

I love Krissy Kneen’s writing, and as she’s made her way across various genres and focuses, I’ve particularly loved it for how open and honest she is in exploring her own history and place in the world. So I was doubly thrilled that her newest book is an intensely personal journey – literally and figuratively – into her beloved grandmother’s life. I read it in two grateful sittings, overwhelmed at times by Lottie’s story and deeply moved by Krissy’s generosity, strength and power as a writer. (Her session with Rick Morton, hosted by Ben Law, will be a festival highlight –  three compassion machines. I expect to cry.)

“A spellbinding odyssey of identity, heartbreaking and deeply human.”

From Where I Fell, Susan Johnson

Can two women become friends without ever meeting? An email sent to the wrong person sparks a virtual friendship between two women from different sides of the world. They are temperamental opposites: Chris from upstate New York is practical, settled and her dreams unrealised; Pamela in Sydney is divorced and raising three teenage boys on her own, ricocheting from one domestic crisis to another. Both have much to learn through their dialogue – one woman has to reinvent the meaning of home following her divorce and the other finds home by leaving it. Written entirely in emails, From Where I Fell is a brilliant modern version of an epistolary novel from Susan Johnson. At times funny but also confronting, it exposes the truths of relationships, and the lies we tell ourselves. A riveting and moving meditation on the value of love and suffering for our chaotic times.

“Witty, warm, heartbreaking and honest – an audacious masterpiece from one of Australia’s best writers.”