Lie to Me: There's nothing I can do

04 Apr 2019
Back to stories
Categories
Archives

From 29 April—5 May, some of the world's leading literary luminaries and public intellectuals will come together to examine this year's theme, 'Lie to Me'. From white lies to grand deceptions — what are the fictions we tell ourselves, to each other, as a collective? And, as writers and readers, what is our power to cut through them?

In a world where endorsement equals a 'like' or a 'click', slacktivism is fast becoming the call to action of our times. Between a 24-hour news cycle and social media, it's little wonder that finding the time to respond meaningfully to the daily barrage of issues is something we struggle with.

Celebrating the authors and artists who have sliced through the noise and dedicated their careers to tackling the big issues, we've curated our favourite sessions that highlight just how much we can achieve when we stop deflecting.

Investigative reporter Anabel Hernández risked her life securing access to internal documents and surveillance footage to write her gripping exposé that implicates the most powerful people in Mexico. A Massacre in Mexico is the definitive account of one of the country’s most shocking flashpoints: the kidnap and suspected murder of 43 student activists and the subsequent cover-up that stunned a nation. Annabel appears in conversation with ABC Radio’s Philip Clark.

Anshel Pfeffer: Bibi - The Turbulent Life and Times of Benjamin Netanyahu, 2 May, 6pm

Bibi: The Turbulent Life and Times of Benjamin Netanyahu is the first biography that joins the threads of the Israeli Prime Minister’s tumultuous personal life and controversial career as the Jewish state’s leader. The New York Times has called it a “superbly timed” account and its author, Haaretz journalist Anshel Pfeffer, as “one of the smartest and most prolific of Israel’s younger generation of journalists”. Just weeks after the Israeli election and Israel’s Attorney General announced his plans to indict Benjamin Netanyahu on charges of fraud and bribery, Anshel joins ABC’s John Lyons to discuss an unsparing history of Israel and one of its most contentious figures.

In her memoir Speaking Up, former president of the Human Rights Commission Gillian Triggs writes candidly about the relentless political pressure and media scrutiny she endured as a result of telling the truth about children in offshore detention. Joined by Clare Wright, she offers her insights into Australian democracy, human rights and the law, and expands on the passionately argued memoir that reads as a clarion call to everyone who believes in a fairer world. 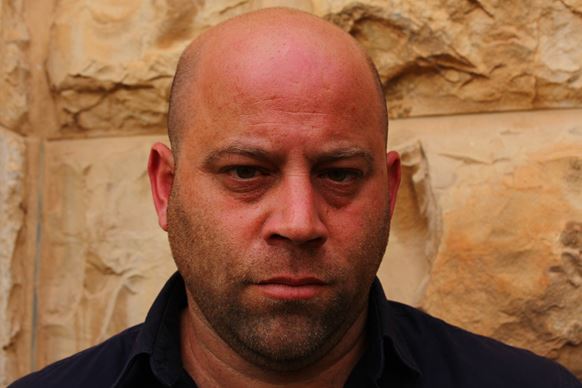 Before she was forced to flee to America, Dunya Mikhail was the literary editor of the Baghdad Observer. Renowned for her subversive, innovative and satirical lyrics and fables, Dunya’s award-winning poetry explores war, exile, love and loss. She speaks with Michael Kelleher about her prolific body of work, about using metaphor and symbolism to evade censorship in Iraq, the perniciousness of self-censorship in the West, and why she says “poetry is not medicine [but] an X-ray”.

Clementine Ford’s Boys Will Be Boys is an acclaimed call to action against a culture of entitlement, privilege and power. Jan Fran talks to Clementine and writer and chef Adam Liaw about the harm toxic masculinity inflicts on women and men, the progress we’re making to counteract it, and how we can raise our boys to become better men.

One of Europe’s respected political thinkers, Turkish journalist Ece Temelkuran discusses How to Lose a Country: The 7 Steps from Democracy to Dictatorship, a field guide to spotting the insidious patterns and mechanisms of a rising populist wave, in conversation with Sally Warhaft. Weaving memoir, history and argument, she delivers an impassioned warning that populism and nationalism creep into government rather than arriving fully formed, while identifying the tools to root them out. This event is for anyone who thinks it couldn’t happen here.

Boys to Men: The Masculinity Crisis

Ece Temelkuran: How to Lose a Country