20 May 2020
Back to stories
Categories
Archives

Do you only read non-fiction? Or are you always on the look-out for the best new voices … or the latest memoir? Are you a devout true crime reader or just want to escape to science fiction? To make things a little easier, we’re continuing to spotlight some of our favourite writers, genre by genre. Fall in love with a new style or stay in your literary safe place – it’s up to you!

This week, we get In Deep Lit with some outstanding new poetry collections — Ellen van Neerven's Throat; Fire Front, an anthology of First Nations published poetry edited by Alison Whittaker; and Paul Muldoon's Frolic and Detour.

our beaches are open

they are not places

Award-winning writer Ellen van Neerven writes poetry that beats with the pulse of Australia. Of Mununjali Yugambeh (South East Queensland) and Dutch heritage, Ellen’s work explores love, language and land. It examines Australia’s unreconciled past and precarious present, and interrogates the colonial narratives of this country. “The mainstream stories of who an Australian is can be quite damaging if you’re not part of that privilege,” Ellen says. These stories and the damage they impart are terrifically and terrifyingly unravelled in their work.

Described as a young writer who “best represents all that Australian literature was, is, and will surely be, in the decades to come,” by Maxine Beneba Clarke (The Hate Race), each of Ellen’s collections enthrals. Their first book Heat and Light (2014) received the David Unaipon Award, the Dobbie Literary Award and the New South Wales Premier’s Literary Awards Indigenous Writers' Prize. Their second book, Comfort Food (2016) was shortlisted for the NSW Premier’s Literary Awards Kenneth Slessor Prize for Poetry and Highly Commended for the 2016 Wesley Michel Wright Prize.

And now Throat has received the inaugural Quentin Bryce Award. Bryce described Throat as “exhilarating and confronting, wise and funny ... Inside this book is the story of the poet’s ancestors’ story, truth told in spades, in magic rhythm, with searing knowing love.”

From unravelling young, queer, Indigenous identities to how language is intertwined with culture, trauma and resilience, Ellen’s poetry catapults some of the most urgent issues of our times into your hands in ways that transform the very form of poetry.

“Ellen is at the forefront of an Indigenous literary renaissance, and builds for others to follow,” says Alison Whittaker. “Ellen’s work, on the page and off, echoes across the very architecture of writing in Australia today and will echo long into the future.”

Listen to Ellen discuss Throat in their recent conversation with Tessa Rose from our 2020 Podcast Program. 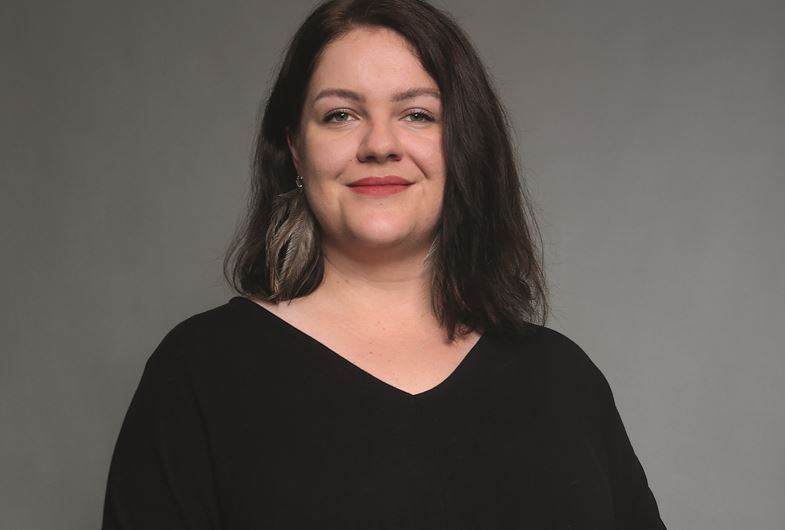 Alison Whittaker is a multi-award-winning Gomeroi poet from the floodplains of Gunnedah in NSW. A Fulbright scholar at Harvard Law School, legal researcher, and writer on issues such as Aboriginal deaths in custody and why language matters when reporting on it, Alison is one of this country's most fearless voices.

Alison’s first poetry collection, Lemons in the Chicken Wire, won the State Library of Queensland’s black&write! Indigenous Writing Fellowship in 2015. “My first book, Lemons in the Chicken Wire, was a call to the humanity of Indigenous queer and trans mob — one that I don’t regret, but it invited a response that I regret. Lemons was consumed by a white audience who were moved and excited principally by our exotic, niche difference, and it felt bizarre for me and my book to be consumed in that way,” says Alison.

“You ever read Alison’s poetry? It’s a mouthful, a mindful, a tongue-twister of brain matter and a torrent of controlled emotion. Every word is an intentional, heavy-footed, don’t-you-forget-me” – Laniyuk

Alison wanted to discomfort this white audience with her second poetry collection, Blakwork, about Indigenous labour: “This one is pitched in a way that grips the hand of fellow mob in acknowledgement, but also confronts white readership in ways that I hope make them uncomfortable and show them the blak hands and lands that have been made to prop up their lives.” Blakwork was shortlisted for the 2019 Prime Minister's Literary Award.

“[Blakwork] is an amalgamation of her identity, her mastery of poetic form, her academic prowess and her storytelling finesse. Queer, Indigenous, Harvard Law graduate” – Laniyuk

Alison’s most recent book, Fire Front, is a groundbreaking anthology of, and about, First Nations published poetry. Described as a testament to the renaissance of First Nations poetry happening in Australia, it showcases leading First Nations poets and emerging voices including Oodgeroo Noonuccal, Ellen van Neerven, Tony Birch, Claire G. Coleman, Evelyn Araluen and others. It also features essays from Bruce Pascoe, Ali Cobby Eckermann, Steven Oliver, and more, who offer their own reflections on the power of the form.

"From rap to song, lyric to essay, heartbreak to rage, the words in [Fire Front] are big, bold, angry, funny, philosophical and varied" – Rashida Murphy

Listen to Alison discuss Blakwork in her session from the 2019 Festival. 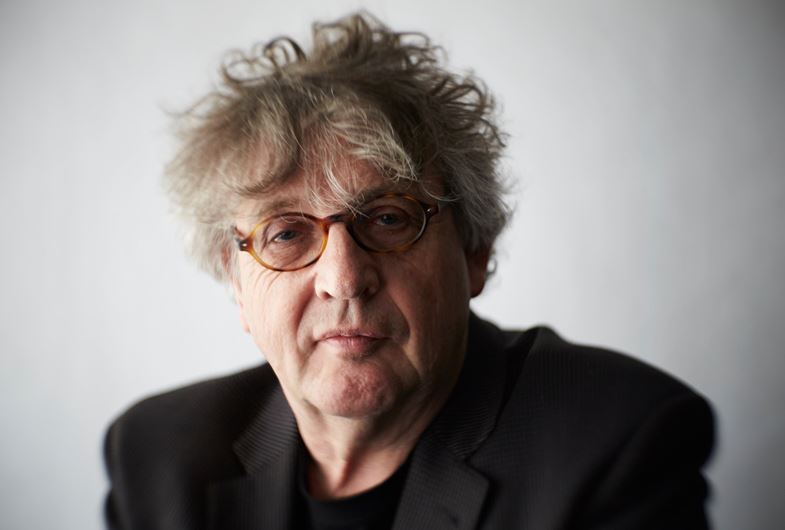 For years we found it hard to wean
ourselves off giving vent
to something very much like spleen
against those we resent.

But now we harbour not a grudge
but something more like hope.
Even the hardest heart will budge
when we throw it a rope

unless it fears being pinned down
like that high-profile giant.
That doesn’t play in Sailortown.
That makes us more defiant.

We revel in the linen mills
and the yarns they still spin.
Though on all sides lie the green hills
we’ll never be hemmed in.

(From Frolic and Detour)

Described as Ireland’s most ingenious poet, Paul Muldoon has written 12 books of poetry and received a Pulitzer Prize for Moy Sand and Gravel. Born in 1951 in County Armagh, Paul comes from a world where you could knock on your neighbour’s door as a child and be treated to a song or poem by a fire. "Songs and poems have always existed together for me," he says. "At school we studied English poetry, French and Latin poetry, as well as Irish, that is Gaelic, poetry, which we were often taught as songs.”

As well as poetry, Paul has written for opera and published a collection of lyrics (General Admission), one of which was covered by Bruce Springsteen. "Like most writers, though I know some people might doubt this is true of me, I'm as interested in clarity and simplicity as the next person,” he says. “I'm not setting out to be what people sometimes think I am. I am setting out to be clear, and songs can be more direct and immediate.”

“To be of any use it seems a poem must be of its moment but also have it in it to transcend its moment," says Paul Muldoon.

His latest work, Frolic and Detour, is described as a stirring, mindful and deeply humane collection that interweaves history and geography, covering everything from alchemy to Easter Rising to 21st-century America. It’s “filled with catharses you didn't know you needed,” says Dwight Garner of The New York Times.

“Paul Muldoon brings centuries of knowledge to anything his eye settles on. How else to deal with 'A world that now makes sense only in our rear-view mirror'?" – Tristram Fane Saunders

“The 'detour' of the title is something of a Muldoon speciality,” says Paul Perry. “The apparent and casual digression – sparked very often by the sleight of poetic hand which in Muldoon's case means an encyclopaedic and labyrinthine knowledge of the etymological meanings of words.”

This sleight of poetic hand is one of his trademarks. “Muldoon is a 'tell all the truth but tell it slant' kind of poet – as Emily Dickinson would have it,” says Paul Perry. “With many imitators, he remains sui generis. If Seamus Heaney's poems catch the heart off-guard and blow it open, Muldoon does something similar, but for the brain, and intellect.”

“His poems set trapdoors — emotional, metrical, intellectual — into which you can fall for miles. On the way down, there will be bats. You may land with a thunk back in County Armagh, in Northern Ireland, on the farm where he was born. He will have dropped you there (he is poetry editor of The New Yorker) from a dizzying urban height.” Dwight Garner, The New York Times

Embraced by academics, street poets, scholars and rock stars, Paul offers a wide-ranging curiosity about the world alongside a clever twisting of its tales, and wields wild and witty wordplay to lose yourself in. “You shall come away with a kind of moral polish,” says Stuart Kelly. “It is not “difficult”; that curse word of modern poetry.

Listen to Paul's Curiosity Lecture on Seamus Heaney from the 2016 Festival.