16 Apr 2019
Back to stories
Categories
Archives

With over 400 of the world's leading literary luminaries and public intellectuals coming together for the 2019 Sydney Writers' Festival — and just two short weeks to get reading — honing that bedside table of books is no mean feat. To make things a little easier, we're compiling some of our favourite picks, genre-by-genre.

This week, we get In Deep Lit with our history read recommendations from some of the Festival's standout speakers.

About 100 million years ago, the interaction of three continents – Asia, North America and Africa – formed the tropical island archipelago that would become the Europe of today, a place of exceptional diversity, rapid change and high energy. Europe: A Natural History, the newest publication from Tim Flannery, is full of surprises. It is where the first coral reefs formed. It was once home to some of the world’s largest elephants. And it played a vital role in the evolution of our own species. This enthralling ecological history is more than the story of Europe and the Europeans — it will change our understanding of life itself.

"Polish paratroopers ... were not like the British who just wanted to make the best of a bad war by joking and referring to any battle as ‘a party’. Nor were they like the Americans who wanted to finish it quickly so that they could go home. The Poles were exiles, fighting for the very survival of their national identity.”

On 17 September 1944, General Kurt Student, the founder of Nazi Germany's parachute forces, heard the growing roar of aero engines. He went out on to his balcony above the flat landscape of southern Holland to watch the vast air armada of Dakotas and gliders, carrying the British and American soldiers. He gazed up in envy at the greatest demonstration of paratroop power ever seen. Operation Market Garden – the plan to end the war by capturing the bridges leading to the Lower Rhine and beyond – was a bold concept. But the cost of failure was horrendous, above all for the Dutch who risked everything to help. Antony Beevor, using many overlooked and new sources from Dutch, British, American, Polish and German archives, has reconstructed the terrible reality of this epic clash. 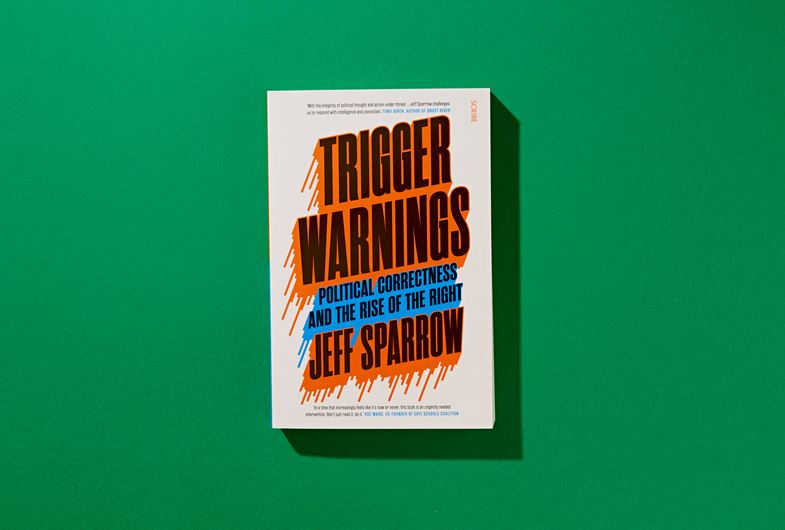 In this new Gilded Age, the contrast between the haves and the have-nots could not be starker. The world's eight richest billionaires control as much wealth as the poorest half of the planet — a disparity of wealth and political power unknown in any previous period. Yet not only have progressives failed to make gains in circumstances that should, on paper, favour egalitarianism and social justice, the angry populism that has prospered explicitly targets ideas associated with the left – and none more so than so-called 'political correctness'. In Trigger Warnings, Jeff Sparrow excavates the development of a powerful new vocabulary against progressive causes. From the Days of Rage to Gamergate, from the New Left to the alt-right, he traces changing attitudes to democracy and trauma, symbolism and liberation, in an exhilarating history of ideas and movements.

"Academics might know the names of the Australians who walked onto the world stage as leading ladies, not these women are not part of a broader, mainstream historical consciousness. They are not depicted on our television and movie screens, not populised as icons in advertising and tourism campaigns, not subsidised by government-sponsored tourist trails."

Clare Wright, You Daughters of Freedom

You Daughters of Freedom, by Clare Wright

For the ten years from 1902, when Australia’s suffrage campaigners won the vote for white women, the world looked to this trailblazing young democracy for inspiration. Clare Wright’s epic new history tells the story of that victory – and of Australia’s role in the subsequent international struggle – through the eyes of five remarkable players: the redoubtable Vida Goldstein, the flamboyant Nellie Martel, indomitable Dora Montefiore, daring Muriel Matters, and artist Dora Meeson Coates, who painted the controversial Australian banner carried in the British suffragettes’ monster marches of 1908 and 1911. In You Daughters of Freedom, Clare brings to life a time when Australian democracy was the envy of the world.

My Country, by David Marr

David Marr is the rarest of breeds: one of Australia’s most unflinching, forensic reporters of political controversy, and one of its most subtle and eloquent biographers. My Country is the definitive David Marr collection, including early works such as his review of the first Rocky Horror Picture Show and his reporting on the 1978 Mardi Gras police bashings, all the way to the most piercing accounts of Kevin Rudd’s ratf—king and Tony Abbott’s punch. Along the way there is Patrick White, Garfield Barwick, asylum seekers, the Henson case, Pauline Hanson, Cardinal Pell and more. My Country anthologises Marr’s powerful reflections on religion, sex, censorship and the law; striking accounts of leaders, moralists and scandalmongers.