20 Mar 2019
Back to stories
Categories
Archives

With over 400 of the world's leading literary luminaries and public intellectuals coming together for the 2019 Sydney Writers' Festival — and just six short weeks to get reading — honing that bedside table of books is no mean feat. To make things a little easier, we're compiling some of our favourite picks, genre-by-genre.

This week, we get In Deep Lit with essay and memoir from some of the Festival's standout speakers. 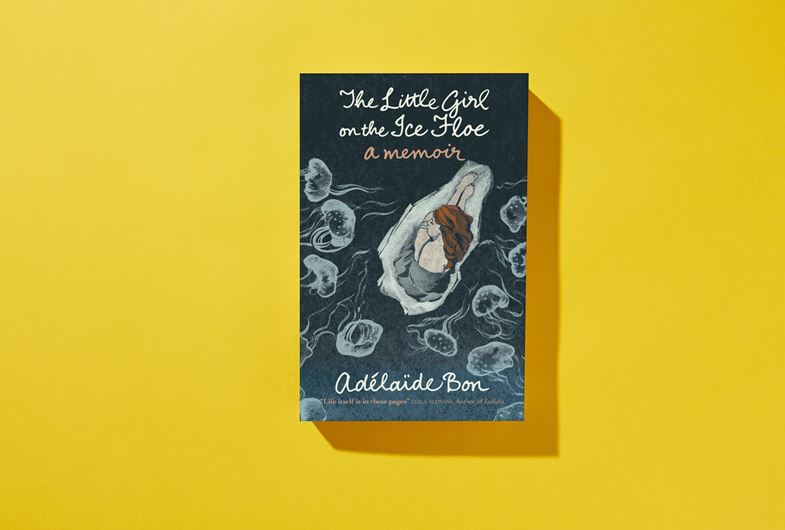 "What she had been calling 'unwanted sexual contact' for over twenty years, his fingers rediscovered inside her four years ago and every single day since, is rape. Maybe she isn't so crazy after all, maybe there is some reason for her suffering? What if the key she has been searching for all these years of seeking in vain, what if the key was that word?"

Adélaïde Bon, The Little Girl on the Ice Floe

The Little Girl on the Ice Floe, Adélaïde Bon

Adelaide Bon grew up in a wealthy neighborhood in Paris, a privileged child with a loving family, lots of friends and seemingly limitless opportunity lying ahead of her. But one sunny afternoon, when she was nine years old, a strange man followed her home and raped her in the stairwell of her building. She told her parents, they took her to the police, the fact of the crime was registered ... and then a veil was quietly drawn over that part of her childhood, and life was supposed to go on. Except, of course, it didn't. Throughout her adolescence and young adulthood, Adelaide struggles with the aftermath of the horror of that afternoon in 1990. The lingering trauma pervades all aspects of her life: family education, friendships, relationships, even her ability to eat normally. And then one day, many years later, when she is married and has a small son, she receives a call from the police saying that they think they have finally caught the man who raped her, a man who has hidden in plain sight for decades, with many other victims ready to testify against him. The subsequent court case reveals Giovanni Costa, the stuff of nightmares and bogeymen, finally vanquished by the weight of dozens and dozens of emotional and horrifying testimonies from all the women whose lives and childhoods he stole.

“Real radicalism implores us to tell the whole ugly truth, even when it is inconvenient."

Far too often, Black women’s anger has been caricatured into an ugly and destructive force that threatens the civility and social fabric of American democracy. Brittney Cooper shows us that there is more to the story than that. Black women’s eloquent rage is what makes Serena Williams such a powerful tennis player. It’s what makes Beyoncé’s girl power anthems resonate so hard. It’s what makes Michelle Obama an icon. Eloquent rage keeps us all honest and accountable. It reminds women that they don’t have to settle for less. When Cooper learned of her grandmother's eloquent rage about love, sex, and marriage in an epic and hilarious front-porch confrontation, her life was changed. And it took another intervention, this time staged by one of her homegirls, to turn Cooper into the fierce feminist she is today. This book argues that ultimately feminism, friendship, and faith in one's own superpowers are all we really need to turn things right side up again. 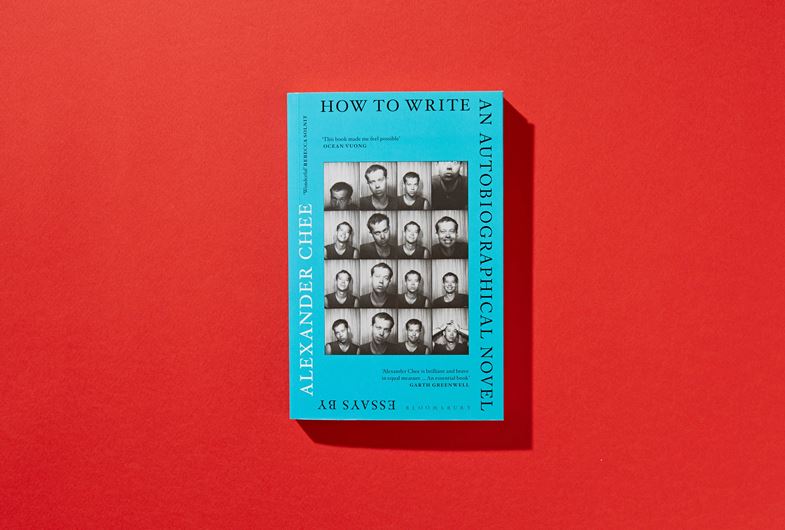 '"What would you read to someone who was dying?" Annie Dillard had asked our class. She wanted this to be the standard for our work. There, at the memorial service for my friend, I thought of another: "Dying, what stories would you tell?"'

Alexander Chee, How to Write an Autobiographical Novel

How to Write an Autobiographical Novel, Alexander Chee

As a novelist, Alexander Chee has been described as "masterful" by Roxane Gay, "incendiary" by the The New York Times, and "brilliant" by The Washington Post. How to Write an Autobiographical Novel is the author's exploration of the entangling of life, literature and politics, and how the lessons learned from a life spent reading and writing fiction have changed him. In these interconnected essays he constructs a self, growing from student to teacher, reader to writer, and reckoning with his identities as a son, a gay man, a Korean American, an artist, an activist, a lover and a friend. He examines some of the most formative experiences of his life and America's history, including his father's death, the AIDS crisis, 9/11, the jobs that supported his writing – Tarot-reading, bookselling, cater-waiting for William F. Buckley – the writing of his first novel, Edinburgh, and the election of Donald Trump.

"I swim for every chance to get wasted – after every meet, every weekend, every travel trip. This is what I look forward to and what I tell no one – the burn of it down my throat, to my soul curled up in my lungs, the sharpest pain all over it – it seizes and stretches, becoming alive again, and is the only thing that makes sense."

At fifteen, Casey Legler is already one of the fastest swimmers in the world. She is also an alcoholic, isolated from her family, and incapable of forming lasting connections with those around her. Driven to compete at the highest levels, sent far away from home to train with the best coaches and teams, she finds herself increasingly alone and alienated, living a life of cheap hotels and chlorine-worn skin, anonymous sexual encounters and escalating drug use. Even at what should be a moment of triumph — competing at age sixteen in the 1996 Olympics — she is an outsider looking in, procuring drugs for Olympians she hardly knows, and losing her race after setting a new world record in the qualifying heats. After submitting to years of numbing training in France and the United States, Casey can see no way out of the sinister loneliness that has swelled and festered inside her. Yet wondrously, when it is almost too late, she discovers a small light within herself, and senses a point of calm within the whirlwind of her life. In searing, evocative, visceral prose, Casey gives language to loneliness in this startling story of survival, defiance, and of the embers that still burn when everything else in us goes dark. 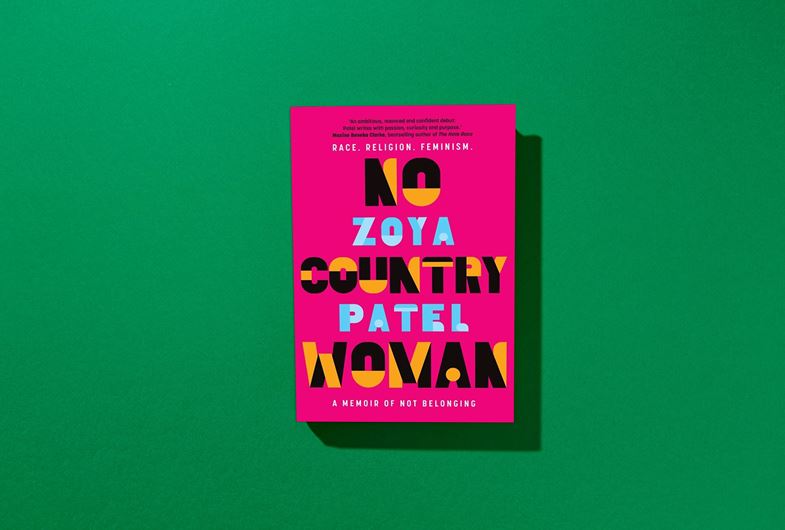 "I see the idea of individual freedom as a white concept. We can only make certain choices for ourselves if we have the resources to do so — if we have money, and a place to sleep, and a education to build those choices around. Self-determination is a conceit."

"I was born in a hospital in Suva, Fiji. I can't recall ever seeing the building on my trips back to the city, first as a child or later as an adult. I imagine it in shades of blue and brown, the plastic waiting room chairs covered in the fine film of moisture that creeps over everything there. It is not a place I've thought of often, but I think of it now and wonder how it has shaped me. I am Fijian-Indian, and have lived in Australia since I was three years old. Memories of my early life in Fiji are limited to flashes, like an old film projector running backwards. I remember a blue dress, a trip on a boat where my father handed me a dried, floating starfish that I clutched in my fingers, determined not to lose it back to the ocean." No Country Woman is the story of never knowing where you belong. It's about not feeling represented in the media you consumed, not being connected to the culture of your forebears, not having the respect of your peers. It's about living in a multicultural society with a monocultural focus but being determined to be heard. It's about challenging society's need to define us and it's a rallying cry for the future. It's a memoir full of heart, fury and intelligence – and the book we need right now.