02 Apr 2019
Back to stories
Categories
Archives

With over 400 of the world's leading literary luminaries and public intellectuals coming together for the 2019 Sydney Writers' Festival — and just four short weeks to get reading — honing that bedside table of books is no mean feat. To make things a little easier, we're compiling some of our favourite picks, genre-by-genre.

This week, we get In Deep Lit with dazzling debuts from some of the Festival's standout speakers.

A Congolese refugee getting by in the Australian suburbs, Isa has a background that seems unimaginable in his new country – a childhood as a boy soldier. Now, Isa's a brilliant boxer, but his most difficult opponent isn't in the ring – it's the terrors of his past. Prize Fighter is a moving debut novel that packs an emotional punch, based on the critically acclaimed play by Congolese-Australian artist and writer, Future D. Fidel.

Candace Chen, a millennial drone self-sequestered in a Manhattan office tower, is devoted to routine: her work, watching movies with her boyfriend, avoiding thoughts of her recently deceased Chinese immigrant parents. So she barely notices when a plague of biblical proportions sweeps the world. Candace joins a small group of survivors, led by the power-hungry Bob, on their way to the Facility, where, Bob promises, they will have everything they need to start society anew. But Candace is carrying a secret she knows Bob will exploit. A send-up and takedown of the rituals, routines and missed opportunities of contemporary life, Severance is a deadpan satire and a tribute to the connections that drive us to do more than survive from debut novelist, Ling Ma. 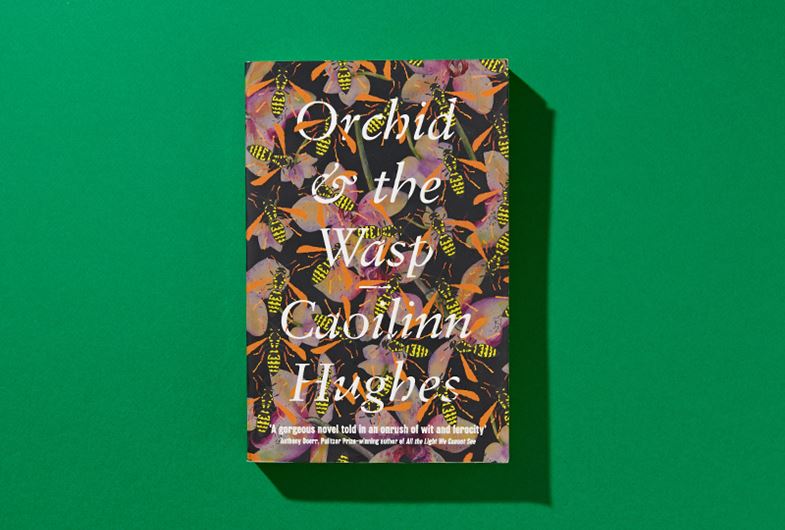 The daughter of a cold, self-interested investment banker and a once formidable conductor, Gael is both bloody minded and contemptuous of those that exploit the weak – a sentiment engendered by her adolescence spent looking out for her vulnerable younger brother Guthrie in depressed post-crash Dublin. When her parents separate, Gael sets out into a world being remade in the image of greed and, moving by her wit and her singlemindedness, cuts a swathe through the leather-lined, coke-dusted social clubs of London, the New York gallery scene and birth-throes of the Occupy movement. A modern-day bildungsroman by Caoilinn Hughes, Orchid & the Wasp chews through sexuality, class and contemporary politics and crackles with the joyful fury and anarchic gall of writers such as Nell Zink and Ottessa Moshfegh.

"Where [did] all the hurt and anger went after something like that? Did it just disappear as a person grew older, dissolving in a mist of resignation and forgetfulness? Or did it crystallize, so that you carried it with you, building layer upon layer as the years went by, each incident adding to a more solid core of pain, until you came to face the world more rock than flesh?"

In 1960s rural America two siblings grow up in a place of love and turmoil. Rene is the apple of her father's eye: an over-achiever, athletic, clever, the best brain in class, and the best dancer in school. Her older brother Leon, doted on by his mother, is shy, a stutterer, but also a brilliant dancer. Rene and Leon share a talent, but it is a gift their father adores in his daughter, and loathes in his son. These two children may be best friends, but life promises to take them down very different paths. The Distance Home is the story of two children growing up side by side – the one given opportunities the other just misses – and the fall-out in their adult lives. Funny and tragic, both intimate and universal, Paula Saunders' debut is about how our parents shape the adults we become.

When Korede's dinner is interrupted one night by a distress call from her sister, Ayoola, she knows what's expected of her: bleach, rubber gloves, nerves of steel and a strong stomach. This'll be the third boyfriend Ayoola's dispatched in, quote, self-defence and the third mess that her lethal little sibling has left Korede to clear away. She should probably go to the police for the good of the menfolk of Nigeria, but she loves her sister and, as they say, family always comes first. Until, that is, Ayoola starts dating the fit doctor where Korede works as a nurse. Korede's long been in love with him, and isn't prepared to see him wind up with a knife in his back: but to save one would mean sacrificing the other. A darkly funny debut novel from Nigerian author, Oyinkan Briathwaite.