In Closing: A Message from the Artistic Director

08 May 2019
Back to stories
Categories
Archives 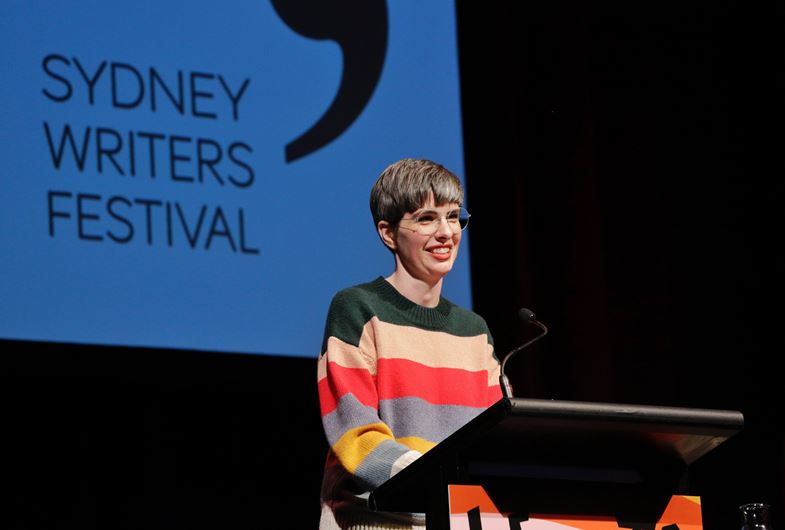 Last Saturday night, in front of a packed Sydney Town Hall audience, Gunai/Kurnai, Gunditjmara, Wiradjuri and Yorta Yorta writer Nayuka Gorrie spoke about invasion and the denial of its existence. They said: “And so to, across this country, are the white lies told in response to black truths etched into our collective skins. In literature, in national public holidays, in curriculum, out of the mouths of politicians we repeat these lies until they become truths.”

Across Festival week, a lot of lies were exposed and debated. A lie only has power if enough people believe it, and last week, the phenomenal authors who have gathered here from all around the world collectively helped us get a little closer to the truth.

In an incendiary event with Rebecca Traister, Brittney Cooper said: “Patriarchy teaches us that emotions are untrustworthy. One of the reasons we’re in a global situation of violence and anger, violence is largely driven by men, is because men have not been given the tools to be honest about their own emotional lives”.

Brittney also pointed out: "White supremacy is not that sophisticated. It's basic as fuck".

In front of a full crowd, in a session that ran well into the lunch break, Akala said: “Race is not about biology, it’s about politics”.

In conversation with Julian Burnside QC, Jenny Erpenbeck said: “You can’t know a person by looking at their passport".

Speaking live from Manus Island, where he has been detained by our government since 2013, Behrouz Boochani said: “It's not a processing centre, it's processing torture ... It is prison".

The video link we established with Behrouz on Friday night allowed him to see a writers’ festival audience for the very first time. Behrouz said, “I did thousands of interviews with journalists the past few years, but nothing changed... With literature we are taking this subject to new places, to universities, to galleries, to Sydney Writers' Festival".

A few nights ago, and far more eloquently than I just did, Susan Orlean said: “We connect to books not as paper and glue, but as extensions of ourselves. They are a vessel of human expression, and are close to us in a way that few other things are. From the beginning of time, our relationship to books had been something unique, something magical”.

During the Festival week, I saw so many writers showing up for each other in the most remarkable ways. They were attending each other’s sessions, cheering each other on, arranging group excursions to Bronte Beach, sharing antihistamines, vitamins, melatonin, beta blockers, glasses of wine, and most beautifully of all: they were buying each other’s books.

Krissy Kneen, who I should note, works in a bookstore in Brisbane, probably spent more money at Gleebooks than anyone else at the Festival. She bought about a dozen copies of Olivia Sudjic’s Exposure, and said that she wanted to give this book to every woman writer in her life. I saw authors getting their books signed by each other, I heard them encouraging audiences to buy their colleagues’ work, and watched them write down reading lists for each other for anything that wasn’t stocked by our Festival bookstore.

Our audience of readers were buying books, too, and it looks like Gleebooks have had their busiest year yet.

Last Thursday morning, just before Trent Dalton won his sixth award for the week, Matthew Condon rightly pointed out that his packed-out session should have really been called “Crowd Swallows Author.”

There have been so many incredible moments this week. Trangie Central School travelled 500km for Primary School Days and brought the ENTIRE student population ... of seven kids.

Barrie Cassidy hosted his final Live Insiders to a sold-out Sydney Town Hall: an unforgettable hour-and-a-half that started and ended with standing ovations.

Gillian Triggs asked the first audience question during a session on Australia’s defamation law, and got a standing ovation at her own event later that day.

Bookending her 2011 Opening Address, Fatima Bhutto closed the 2019 Festival by reflecting on the biggest lie that’s been told by the western world for the last 20 years: that Islam is the world’s most dangerous religion.

The blindingly obvious truth about Festival week is that literature matters. Writers matter … readers matter … and ultimately, it matters to create a space for them to come together.