10 Aug 2022
Back to stories
Categories
Archives

Sydney Writers’ Festival is more than just a celebration of great literature. It’s a place where book-lovers can come together to feed their curiosity, spark new conversations and meet their literary heroes. So, we asked our avid Festival-goers to send us their favourite memories from over 25 years of attending the Festival and have transformed them into illustration treasures.

We’re delighted to share a couple of the moving recollections we received.

“I was standing in line at the wharf for an event when the plan occurred to me.”

"I was so inspired by the 2013 SWF that I packed everything up and went to live with my mother in the country so I could finish my book. I was standing in line at the wharf for an event when the plan occurred to me. I called mom then and there and she was immediately supportive. Two months later I arrived in Gunnedah. Seven months later, I finished my first draft. The sense of accomplishment was huge and the time spent with family is even more precious now than it was then."

“I had never experienced that kind of privilege and excitement as a writer in my tiny country, Sierra Leone.”

“When I stood before that large number of people and talked to them about my writing career and my experiences in my country from where I fled from a brutal war, it was like having a double dose of prosperity. This is because I had never experienced that kind of privilege and excitement as a writer in my tiny country, Sierra Leone.

That lovely morning in 2006 at the Sydney Writers' Festival, I could see the sadness and sometimes the laughter on my listeners' faces as they listened to a writer and journalist who was targeted as he fled from a brutal war in his country to settle in Australia as a refugee…Thanks to Sydney Writers’ Festival for giving a newly arrived refugee the time to say something that would interest the public.” 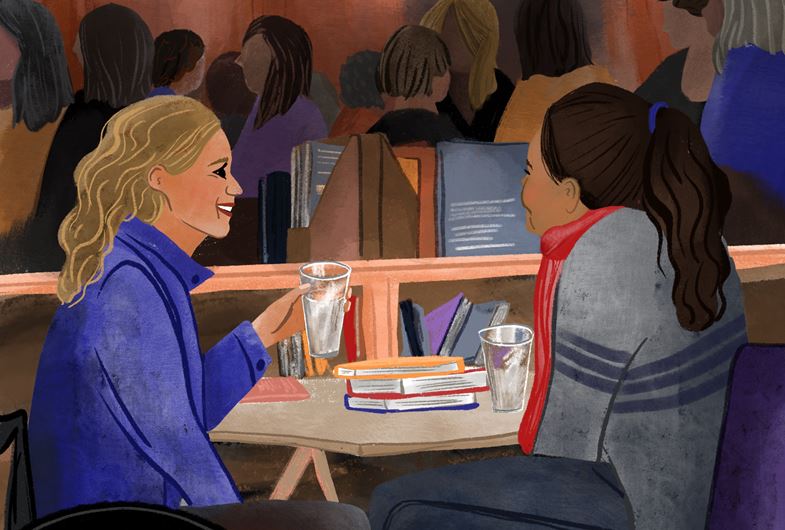 “My goal is to one day be invited by Sydney Writers' Festival as a writer of my ongoing memoir of recovery.”

“...the vast entry hall at Carriageworks full of enthused readers and culture lovers.”

“What I love about going to the Festival every year is the feeling that I am meeting all of literary Sydney there - all the fellow booklovers. It's a memory I cherish whether the location is the Wharf or Carriageworks. The scene is usually of the festival goers hovering near the water's edge, or the vast entry hall at Carriageworks full of enthused readers and culture lovers. I look forward to experiencing this vibe each and every year.”