Between the Lines with Marina Benjamin

25 Mar 2019
Back to stories
Categories
Archives 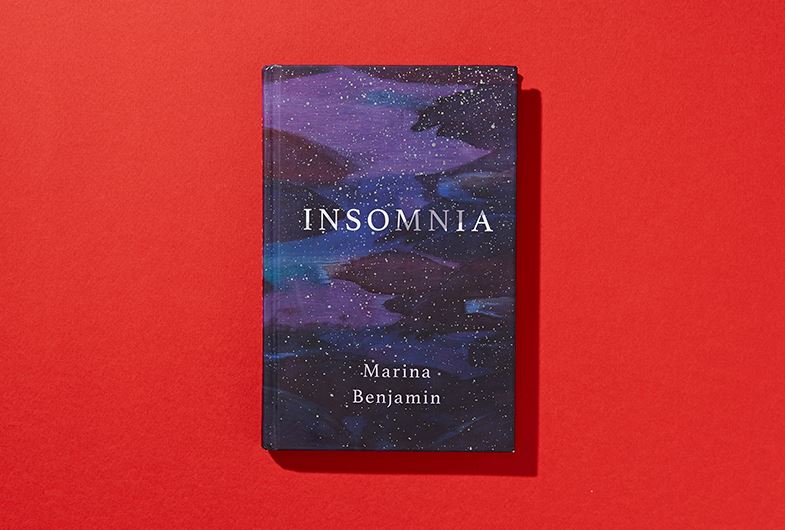 “It occurred to me only later that perhaps an additional question ought to be posed. The question is this: What if waking life is incapable of adequately attuning us to the needs of our unconscious minds?”

What would the inner workings of the mind resemble if — rather than the recommended eight hours of repose — this time was instead used to ruminate on history, culture, literature and art? Marina Benjamin's newest publication, Insomnia, is a manifestation of just this: a poetic and philosophical series of musings that occupy her mind during hours of wakefulness while the world around her sleeps. In Insomnia, Marina asks the question: what exactly do we forego while we dream?

Ahead of her appearance at the 2019 Sydney Writers' Festival, go between the lines with Marina Benjamin as she discusses this year's theme and who she's looking forward to hearing from in the program.

The theme of this year’s Festival is Lie to Me. How does this theme resonate with you and your work?

The lies that interest me are the lies you tell yourself. Mostly, they’re inadvertent lies, so you’re unaware of fabricating them and blind to the fact that the only person being deceived is you. Quite a bit of energy in Insomnia is spent re-visiting those stark, veil-rending moments in the middle of the night when denial no longer holds up, and all your self-illusions are exposed and you end up staring into the abyss and it feels like falling.

In dreams, as well, we can access truths that we hide from ourselves by day because it is easier to sleepwalk through life, which is another way of saying that you can never get someone to see what they can’t face looking at. Writing Insomnia gave me scope to dig into such thinking, overturning lazy oppositions between absence and presence, light and dark, truth and lies.

What’s on your own reading list ahead of the Festival?

I’m just now emerging from several months of promoting Insomnia, and my reading list has been piling up with so many books written by this year’s incredible line-up of writers. Right now I’d float Rachel Kushner’s The Mars Room and Daisy Johnson’s Everything Under to the top. I’ve never read Johnson, only her rave reviews, and I think that Kushner is a brilliant stylist.

Who are you most excited to meet?

My co-panellists, William Davies and Olivia Sudjic, both of whom tackle raw feeling but in very different ways. I’m excited to explore with them the various crossroads where personal and cultural anxieties intersect. I’ll be seeking out Alexander Chee, who I know/don’t know from Twitter. I found his memoir How to Write an Autobiographical Novel deeply affecting, warm, generous, witty, and so illuminating on the art of writing. I also can’t wait to meet Ceridwen Dovey; we’ve corresponded for a while and read each other’s work, but we’ve not yet met in person.

What’s the most interesting question you’ve been asked by an audience member?

I like questions that make me see my work in fresh ways, or that make connections I hadn’t seen before that force me to think on my feet. I can feel myself getting interested in what I’m saying, which sounds so narcissistic, but it’s not about self-intoxication; it’s about noticing the cogs whirring and delighting in the conscious way that new thoughts form.

I’m always grateful when people point me to new books too. At a recent talk, someone introduced me to Fernando Pessoa’s Book of Disquiet. Pessoa thought about this fragmentary work as a ‘factless autobiography’. In one sense it is auto-fiction, projected through a persona very close to Pessoa’s own, but I like its modernist bravura, the way it shows the mind spending itself in everyday thinking that loops or digresses, runs out of steam and runs into dead ends.

Worried Sick: Living in the Age of Anxiety

Marina Benjamin: Too Much Information – How Honesty in Memoir Only Travels So Far