12 May 2020 Feature, Book Club
Back to stories
Categories
Archives 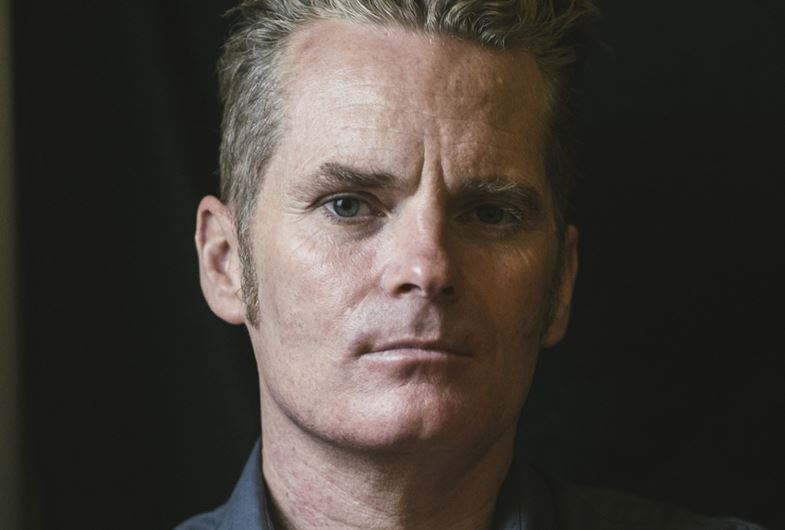 In this next edition of our Curated Reading Lists series — where writers share the books that have inspired the themes and subjects in their own work — James Bradley, author of Ghost Species, shares ten books that have greatly impacted his understanding of humans’ relationship with, and existence within, the natural world.

It often seems we live in an age of impossible grief. Just as the pandemic has transformed the human world, climate change is devastating the natural world, wiping out habitats and destroying ecosystems. Thinking about these questions often feels unbearable, overwhelming. Yet by ignoring them we are guaranteeing not just the destruction of countless species of animals and plants, but also that of our own society.

This problem lies at the heart of my new novel, Ghost Species, which imagines the creation of a Neanderthal child in the wilds of Tasmania, and the child’s coming of age in a world on the brink of collapse. In writing it I found myself grappling with questions about the boundary between the human and the non-human, extinction and de-extinction and loss and love.

The following are ten books that have helped shape my thinking around some of these questions. Some are older books that have been sources of guidance and inspiration for many years; others are newer books that have illuminated, excited and intrigued me more recently. But all offer strong, subtle, often surprising thinking about the natural world and our relationship to the planet.

Arctic Dreams: Imagination and Desire in a Northern Landscape by Barry Lopez
There aren’t many books I can genuinely say have changed my life, but Arctic Dreams is one of them. Published in 1986, it describes Lopez’s journeys through the Arctic, and his encounters with its inhabitants, both human and non-human, as well as disquisitions on subjects as various as ice and light and the physiology of polar bears. But at its heart it is a book about learning to see, and – in an echo of Aldo Leopold’s notion of “thinking like a mountain” – the ways in which doing so dissolves the line between us and the landscape.

The Sea Around Us by Rachel Carson
These days Carson is mostly remembered for Silent Spring, her study of the devastating effects of pesticides and the role of industry and government in hiding the truth about them from the public. But in many ways her greatest achievement is the trilogy of books about the ocean, Under the Sea Wind, The Edge of the Sea and The Sea Around Us, that occupied much of her working life. Of the three it is The Sea Around Us that is the most enduring: although some of the facts may have dated, Carson’s combination of scientific exactitude and poetic insight into the oceanic sublime and its effect on the way we imagine ourselves and our relationship to the natural world has not.

The Book of Barely Imagined Beings: A 21st Century Bestiary by Caspar Henderson
Henderson’s Book of Barely Imagined Beings is simultaneously a wonderful conceit – a 21st century version of a medieval bestiary focussed on real animals – and a thrilling reimagining of the way we think about animals, nature and ourselves. Incorporating chapters on familiar animals such as dolphins and octopuses, as well as less well-known creatures such as the barrel sponge and gonodactylus, or the mantis shrimp, it incorporates endlessly fascinating details about the animals it discusses into a series of deeply intelligent explorations of time, biology and other minds.

Flight Ways: Life and Loss at the Edge of Extinction by Thom van Dooren
Australian scholar Thom van Dooren is one of the leading figures in the contemporary Environmental Humanities, and in particular in the new field of Extinction Studies. Van Dooren’s beautifully written Flight Ways takes his research into bird species such as Indian vulture and the Hawaiian crow, and uses it to explore the lives not just of the animals themselves, but of the human communities that share their space. In so doing it reveals the complex webs of ecological and cultural meaning within which such species exist, and demands we recognise that extinction is far more than the loss of a species, it is a diminishment of the world.

The Australian Bird Guide by Peter Menkhorst, Danny Rogers, Rohan Clarke, Jeff Davies, Peter Marsack, and Kim Franklin
My father gave me a copy of Graham Pizzey’s A Field Guide to the Birds of Australia about 25 years ago, and I still remember the way it transformed my relationship with the world by encouraging me to take note of what was around me. I still use my copy of Pizzey’s but these days I often also use the CSIRO’s gorgeously-illustrated Australian Bird Guide, but either way, both are a reminder that the best way to learn about the natural world is to pay attention to it.

Dark Emu: Aboriginal Australia and the Birth of Agriculture by Bruce Pascoe
Dark Emu is a revelatory book. Like Bill Gammage’s similarly transformative The Greatest Estate on Earth: How Aborigines Made Australia, it demands we rethink our understanding not just of Australia’s history and Indigenous society, but our relationship with the landscape more generally. It should be compulsory reading for all Australians.

Underland: A Deep Time Journey by Robert Macfarlane
I still remember the profound excitement I felt reading Macfarlane’s second book, The Wild Places, in 2007. Here, I thought, was a writer whose writing embodied not just the ethical urgency of writing about the natural world in the 21st century, but who wanted to engage with the complexity of what that might mean. In each book since Macfarlane’s work has only grown in complexity and intelligence, but his most recent book, Underland, is in a class of its own. A thrillingly written and hugely ambitious exploration of “burial, unburial and deep time,” and human impacts on the planet, it is a book which feels both as immense and timeless as its subject and terrifyingly of its moment.

City of Trees: Essays on Life, Death and the Need for a Forest by Sophie Cunningham
One of the organising principles of Sophie Cunningham’s wonderful and very moving City of Trees is the idea that walking might be a way of inhabiting the complexities of the moment, or what the theorist Donna Haraway calls “staying with the trouble”. It’s an idea that’s reflected in the book’s peripatetic structure, which draws together essays and meditations based on Cunningham’s experiences in New York, California and Melbourne. This restless journeying leads her to some fascinating places, and creates a space within which she can explore important and profound connections between botany and culture, the planetary and the personal.

Night Fishing: Stingrays, Goya and the Singular Life by Vicki Hastrich
Hastrich lives on the NSW Central Coast, and in this fascinating and wonderfully idiosyncratic series of essays she writes not just about the waterways and estuaries of the region, but her work as a camera operator, writing, art and fishing. With its clarity and intelligence Hastrich’s writing is perfectly attuned to her subject matter, and the questions of seeing she explores, but it is also capacious enough to embrace larger questions about family and love and memory.

Fathoms: the world in the whale by Rebecca Giggs
Like a lot of people I’ve been eagerly awaiting Fathoms since the moment I heard Giggs was writing it. Building on some of the pieces Giggs has published in Granta, The Atlantic and elsewhere, it is a dazzling exploration of both the science and the meaning of whales, and in particular the way the human imagining of them has affected these most marvellous and charismatic of animals, and a fascinating meditation on what it might mean to think about and care about the natural world in a world being reshaped by environmental crisis.

James Bradley’s new novel is Ghost Species. Gleebooks is currently offering free delivery to all addresses within the Inner West Council and City of Sydney Council boundary areas, and free delivery for orders totalling $50 or more to other locations across Australia.