“Thousands of Jewish children were hidden from the Nazis in the Netherlands during World War II. But only some survived. Lien de Jong was one of them.”

Winner of the 2018 Costa Book of the Year Award, The Cut Out Girl is the extraordinary true story of Lien de Jong, a young Jewish girl who became one of Holland’s hidden children of World War II.

While her parents were being sent to Auschwitz, Lien was being taken in by a foster family part of the Dutch resistance meant to keep children safe. But after the war, her relationship with the family abruptly ended. Decades later, Bart van Es, the grandson of the couple that took Lien in, wondered: what happened to the young girl his grandparents hid from Nazis? His investigation would change both Bart’s life and Lien’s – and bring to light a dark truth about Holland’s past.

A moving account of resilience, The Cut Out Girl also explores how Holland, once a place of refuge for Jewish people, became a world of betrayal. A higher proportion of Jewish people in Holland died under Nazi occupation than those in Germany.

Bart joins ABC Radio’s Sarah Kanowski to discuss this extraordinary story of war-time survival and how saviours can also scar.

"Although you are unknown to me, I imagine you as a man and a woman who will, as a father and mother, care for my only child. She has been taken from me by circumstance. May you, with the best will and wisdom, look after her." – An excerpt from a letter written by Lien's mother to the unknown families she hoped would protect her daughter, read the letter in this moving BBC NEW's article.

'Van Es and Lien de Jong embraced on stage in front of a packed room after he was announced as winner at the awards on Tuesday night. "Without family you don’t have a story. Now I have a story… Bart has reopened the channels of family," she said.' – read the full article at The Guardian. 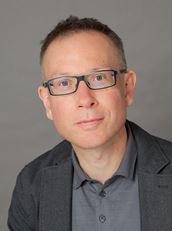 Bart van Es is a Professor of English Literature at the University of Oxford and a Fellow of St. Catherine’s College. He is the author of Spenser’s Forms of History, Shakespeare in Company, and Shakespeare’s Comedies. He was born in the Netherlands and now lives with his family in England. 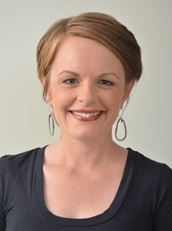 Sarah Kanowski hosts ABC Radio’s Conversations on Thursdays and Fridays. Before joining Conversations permanently in 2018, Sarah co-presented ABC RN’s Books and Arts. She studied English at the University of Oxford, where she wrote a thesis on the Mosley family. Sarah then spent a year in South America before heading to Hobart to edit the literary magazine Island. Grandparents and sunshine beckoned her back to Brisbane where she now lives with her husband and three children.