With so much concern around silencing and censorship in contemporary discourse, it’s hard to think of any one element that has a greater impact on what can and can’t be said in Australia than our defamation laws. No matter how much of an idiot **REDACTED** might be, or however well founded the allegations against **REDACTED** are, in Australia, you publish at your peril. Our panel of brilliant legal and media minds – Hannah Marshall, Chris Masters and Kate McClymont – choose their words carefully with Erik Jensen as they explore why we have the harshest defamation laws in the world, and how this affects good public discourse.

Hannah Marshall is a partner at Marque Lawyers in Sydney. Her work touches on all aspects of news media, from defamation to advertising to the competition law implications of the News Media Bargaining Code. She’s fascinated by the power of words and is outspoken on problems with the law. She has consulted to the government on defamation law reform and the formulation of the new public interest defence. Her clients include several independent news publishers and the Digital Publishers Alliance.

Kate McClymont is an investigative journalist with The Sydney Morning Herald. She is an eight-time Walkley winner, including the Gold Walkley for her coverage of the Bulldogs salary cap rorts. She was named the 2012 NSW Journalist of the year for her investigations into the fraudulent activities of union boss Michael Williamson and the now-jailed former Labor MP, Eddie Obeid. In 2017 she was inducted into the Media Hall of Fame for her contribution to the industry and in 2020 she was made a Member of the Order of Australia (AM) for her services to the print media and to investigative journalism. Kate's most recent book is Dead Man Walking. 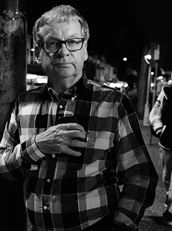 Chris Masters is an author and journalist. He retains the record as the longest serving reporter on Australia's longest running current affairs television program, Four Corners. He has authored five books.

Erik Jensen is the award-winning author of On Kate Jennings; Acute Misfortune, which was developed into a film; and the Quarterly Essay The Prosperity Gospel. He is founding editor ofThe Saturday Paper and editor-in-chief of Schwartz Media. His latest book is his debut collection of poems I said the sea was folded: Love poems.