With waves of people leaving their jobs, an ever-increasing casualisation of the workforce and growth in insecure employment across sectors, workers are finding themselves less protected than ever. A panel of experts convene to consider how the pandemic has exposed widening inequalities and how we might forge a fairer, more stable future for Australian workers. Featuring the Centre for Future Work’s Fiona Macdonald, Unions NSW’s Thomas Costa and Asian Women at Work’s Bich Thuy Pham, in conversation with United Workers Union’s Jo Schofield.

Presented in partnership with The Australia Institute. 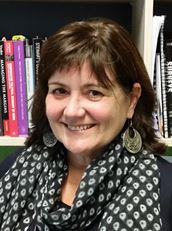 Dr Fiona Macdonald is Policy Director with the Centre for Future Work at the Australia Institute. Fiona is recognised in Australia and internationally for her research on work and employment focusing on gender equality and decent work. She has written extensively on care work, insecure work, gig work and contracting, equal pay, collective bargaining and low-paid workers. Fiona's recent research has explored care work as gig work and the impacts of digital platforms on social care workers in the NDIS.

Thomas is the Assistant Secretary of Unions NSW, where his responsibilities include managing the NSW peak's communications and digital team and its research and industrial strategy. Thomas is also responsible for the coordination of Unions NSW's Visa Assist Project. A partnership with the Immigration Advice and Rights Centre (IARC), Visa Assist was launched in 2019 to assist unions in recruiting, representing and advocating for migrants and in particular the project provides free immigration legal support and advice to migrants who are union members. 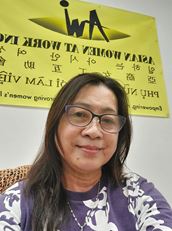 Bich Thuy Pham is a Vietnamese community worker at Asian Women at Work Inc. Having escaped Vietnam by boat in 1989, Bich Thuy lived in a refugee camp for more than a year in Pulau Bidong, Malaysia. She later arrived in Australia in 1990, first settling in Victoria and then moving to NSW to continue her work as a community worker. Before moving to Australia, Bich Thuy was a journalist and photographer for Vietnamese News Agency.

Jo Schofield is the National President of the United Workers Union, Australia's most diverse union bringing together 150,000 workers from over 45 industries across the country with the simple ambition to build workers voice and power. Jo has been a trade unionist, feminist and social justice advocate for over 30 years. As President of UWU she oversees the union's agenda for Democracy, Equity and strengthening the partnerships for justice with progressive civil society organisations. Jo is a Vice President of the ACTU.