Allocation for The Feminine Critique is currently exhausted. Head HERE to join the waitlist for this event.

History would have us believe that masculinity and strength are entwined, while femininity is inherently weak. Three authors whose work celebrates the dynamic fierceness of teenage girls come together to discuss their books’ protagonists and their differing depictions of courage. From finding power in friendship and family to the steel that is found within, Amie Kaufman (Aurora’s End), Kate Murray (We Who Hunt the Hollow) and Malla Nunn (Sugar Town Queens) join Sydney Writers’ Festival Youth Curator Maya Le Her to delve into the characters redefining strength for this generation of readers.

Amie Kaufman is a New York Times, USA Today and internationally bestselling author of science fiction and fantasy including the Aurora Cycle trilogy. Her award-winning work has been translated into nearly 30 languages and several of her series are in development for film and TV. Amie has degrees in history, literature, law and conflict resolution, and is undertaking a PhD in Creative Writing. She is the host of the podcast Amie Kaufman on Writing. Amie lives by the sea in Melbourne with her family and an extremely large personal library. 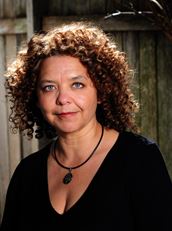 Malla’s debut YA novel, When the Ground is Hard, was released in 2019 and won the L.A. Times Book prize for Young Adult Literature and a Kirkus top YA fiction award. Her second YA novel Sugar Town Queens, released in 2021. Malla’s four internationally publish Emmanuel Cooper crime novels are currently being developed for television by Goalpost pictures (New Gold Mountain, Invisible Man). Born and raised in Eswatini, Malla now lives and works in Sydney, Australia. 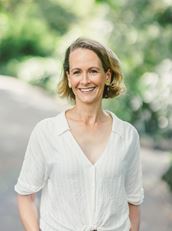 Kate Murray is a New Zealander living in Melbourne with her family, an alarming amount of LEGO and an ordinary number of books. She is a full-time parent and writer, conjuring up spare time so she can conjure up stories. Her debut young adult novel, We Who Hunt the Hollow, was shortlisted for the Ampersand Prize and will be published in April this year.

Maya Le Her is the inaugural recipient of an academic scholarship based on her passion for literature, and particularly enjoys reading poetic feminist prose by authors such as Virginia Woolf, Margaret Atwood and Bernadine Evaristo. She also writes her own poetry and has been published in Arlo's Art Therapy Journal, a limited edition international collaboration encouraging catharsis through creative practice. For the State Library of NSW, Maya contributed an essay to Volume 4 of the 10 Works in Focus collection and recorded lines for the Dead Central exhibition. Maya is a 2022 Festival Youth Curator.