Allocation for Prose and Cons is currently exhausted. Head HERE to join the waitlist for this event.

From catfishing to full-scale fraud, wild tales of scammers and con artists have captured our cultural imagination. But forget Fyre Festival and Anna Delvey; Australia has plenty of its own pretenders whose trails of destruction are almost stranger than fiction. From Melissa Caddick to The Sure Thing to ghosting boyfriends, hear from Walkley Award–winning and nominated journalists about some of Australia’s greatest fakes. Is the drive to deceive a modern phenomenon or an age-old impulse made more accessible by today’s technology? Kate McClymont (Dead Man Walking), Angus Grigg (The Sure Thing), Stephanie Wood (Fake) and Greg Bearup (Adventures in Caravanastan) sort the truth from the lies with host Gyan Yankovich.

Presented with the Walkley Foundation.

Kate McClymont is an investigative journalist with The Sydney Morning Herald. She is an eight-time Walkley winner, including the Gold Walkley for her coverage of the Bulldogs salary cap rorts. She was named the 2012 NSW Journalist of the year for her investigations into the fraudulent activities of union boss Michael Williamson and the now-jailed former Labor MP, Eddie Obeid. In 2017 she was inducted into the Media Hall of Fame for her contribution to the industry and in 2020 she was made a Member of the Order of Australia (AM) for her services to the print media and to investigative journalism. Kate's most recent book is Dead Man Walking.

Angus Grigg is a reporter at Four Corners. He joined the ABC’s flagship current affairs program in 2021 after 16 years at The Australian Financial Review. During this time, he was the paper’s correspondent in China and prior to that reported across South-East Asia from Jakarta. Angus has won two Walkley Awards - the first for his reporting on the corrupt NSW Labor powerbroker Eddie Obeid and the second for a series of features on the world’s biggest gambling syndicate. In 2021 he and producer Lap Phan created the 7-part podcast, The Sure Thing for The Australian Financial Review. 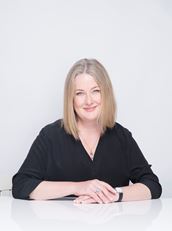 Stephanie Wood is an award-winning writer whose work appears in publications including Good Weekend Magazine, The Guardian and Vogue magazine. She is the author of Fake: A Startling True Story of Love in a World of Liars, Cheats, Narcissists, Fantasists and Phonies. Stephanie has worked as an editor at newspapers including The Independent and The Daily Mail in London and The Asian Wall Street Journal in Hong Kong. She is a former editor of The Age Good Food Guide and The Age Epicure section.

Greg Bearup is a feature writer at The Weekend Australian Magazine and was previously The Australian's South Asia Correspondent. He has been a journalist for more than 30 years having worked at The Armidale Express, The Inverell Times, The Newcastle Herald, The Sydney Morning Herald and was at Good Weekend Magazine before moving to The Weekend Australian Magazine in 2012. He is a three-time winner of the Walkley Award, and has written two books, Adventures in Caravanastan and Exit Wounds, written with Major General John Cantwell. He is also the creator of the hit podcast, Who The Hell is Hamish? 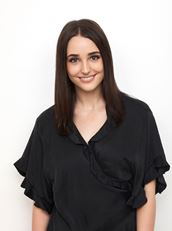 Gyan Yankovich is a Sydney-based writer and editor. She is currently the Managing Editor at Junkee Media. Previously, Gyan was based in New York City where she worked at Man Repeller and BuzzFeed. She was the previously Lifestyle Editor at BuzzFeed Australia and has written for New York Magazine's The Cut, VICE, Cosmopolitan, Refinery29 and PopSugar.

How We Make Up Our Minds

Mother of All Crimes