Two beloved figures in Australian media come together to discuss their hopeful and heartfelt new memoirs that excavate the struggles and secrets of their youth. Funkytown charts ABC journalist Paul Kennedy’s path to redemption as a promising young AFL player who lost his way to drinking, brawling and a faulty notion of what it means to be a man. All Mixed Up by ABC 7.30 ’s Jason Om explores the early trauma of losing his mum, his hard-won acceptance after coming out as gay and the obscured truths of his multiracial family. They appear on stage with interviewer Rick Morton. 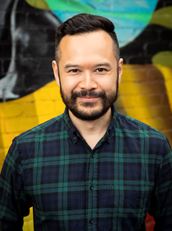 Jason Om is a Walkley Award-winning reporter with ABC's 7.30 program. He has been a presenter on the ABC News Channel and a reporter for ABC News Breakfast, Lateline and ABC Radio. In 2017, he won widespread praise for his personal story about his dad's sixteen-year struggle to accept him as gay. It earned Jason a nomination in the 2018 NSW (LGBTI) Honour Awards. His memoir, All Mixed Up, is his first book.

Paul Kennedy is an ABC journalist with more than 25 years' experience. His most recent book is the memoir Funkytown. His four previous books included Hell On The Way To Heaven (co-authored with Chrissie Foster), which was a key component in the push for Australia's Royal Commission on Institutional Responses to Child Sexual Abuse. 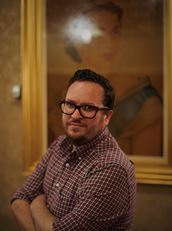