Nobody who has listened to Martha Wainwright's music since her 2005 self-titled debut album could be in any doubt of her powerful voice, her blistering honesty and her disarming humanity. So news of the publication of her memoir Stories I Might Regret Telling You is one to excite established fans and lovers of graceful, candid memoir alike. From her childhood amongst musical royalty - daughter to folk legends Kate McGarrigle and Loudon Wainwright III and sister to Rufus Wainwright - to a career with all the highs and lows of the music industry, to tales of motherhood, love and loss, divorce and the search for personal peace, this promises to be an unforgettable work of searing emotional honesty. In conversation live via video with host Julia Zemiro, Martha will share the stories, truths and triumphs behind the music. 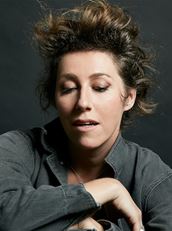 Born into music royalty, the daughter of folk legends Kate McGarrigle and Loudon Wainwright III and sister to the highly-acclaimed singer Rufus Wainwright, Martha grew up in a world filled with such incomparable folk legends as Leonard Cohen, Anna McGarrigle, Richard and Linda Thompson, Pete Townsend and Emmylou Harris. It was within this loud, boisterous, musical milieu that Martha came of age, struggling to find her voice until she exploded onto the music scene with her 2005 debut and critically acclaimed album, Martha Wainwright, which contained the blistering hit, Bloody Mother F*cking Asshole, which the Sunday Times called one of the best songs of that year. Her successful debut album and the ones that followed such as Come Home to Mama, I Know You're Married but I've Got Feelings Too and Goodnight City came to define Martha's searing songwriting style and established her as a powerful voice to be reckoned with. 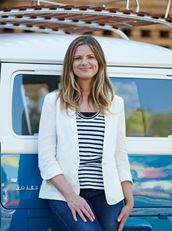 French born-Australian, Julia Zemiro is an acting graduate of the Victorian College of the Arts. Arguably best known as the host of the long-running SBS hit TV program RocKwiz, Julia’s success continues in Julia Zemiro’s Home Delivery for the ABC, now in its Final ninth series, which she also co-produces. Her co-hosting of the Eurovision Song Contest (2008-2016) lead to anunprecedented success for SBS. She has been host for international touring artists such as documentary-maker Louis Theroux, author Bill Bryson, Stephen Fry and medical guru Michael Mosley – Australian Tour 2017. Julia was also the BBC UK choice for the exclusive Australian television interview with Peter Capaldi on his worldwide press tour for Dr Who. She also co-hosted Stargazing Live with Brian Cox for ABC/BBC for 3 years.

Guest TV appearances include QI, Room 101, Agony Aunts, Thank God You’re Here, co-hosting What A Year with Bert Newton, and the title of Australia’s Brainiest TV Star. As an actor, she recently appeared in the ABC series Fisk alongside Kitty Flanagan and Marty Sheargold. Other credits include the award winning film An Accidental Soldier, directed by Rachel Ward and the acclaimed children’s television series Conspiracy 365. She served her two-year stint as the Artistic Director of the Adelaide Cabaret Festival for 2019 and 2020. Julia is a proud ambassador for Our Watch, the Victorian Actors Benevolent Trust and Together We Can. She is also a proud member of her union the Media Entertainment and Arts Alliance.