From one of the great writers of our time, Jennifer Egan’s The Candy House is the long-awaited sibling novel to her Pulitzer Prize–winning A Visit from the Goon Squad. Returning to the same characters and thematic terrain as her earlier novel, in equally genre-shifting style, she interweaves stories about authenticity, privacy and meaning in a world where our memories can be shared online. Jennifer is appearing live via video link. Hosted by Maddison Connaughton.

Jennifer Egan is the author of several novels and a short story collection. Her 2017 novel, Manhattan Beach, a New York Times bestseller, was awarded the Andrew Carnegie Medal for Excellence in Fiction, and was chosen as New York City’s One Book One New York read. Her previous novel, A Visit From the Goon Squad, won the 2011 Pulitzer Prize, the National Book Critics Circle Award, and the Los Angeles Times book prize, and was recently named one of the best books of the decade by Time Magazine, Entertainment Weekly, and several others. Also a journalist, she has written frequently in the New York Times Magazine. She recently completed a term as President of PEN America. Her new novel, The Candy House, a sibling to A Visit From the Goon Squad, has just been released.

Maddison Connaughton is a journalist and editor whose writing has appeared in The Guardian, The New York Times, Foreign Policy, Vox, Good Weekend and more. She is currently a correspondent for Agence France-Presse, covering the Asia-Pacific. Previously she was the editor of The Saturday Paper and features editor at Vice. 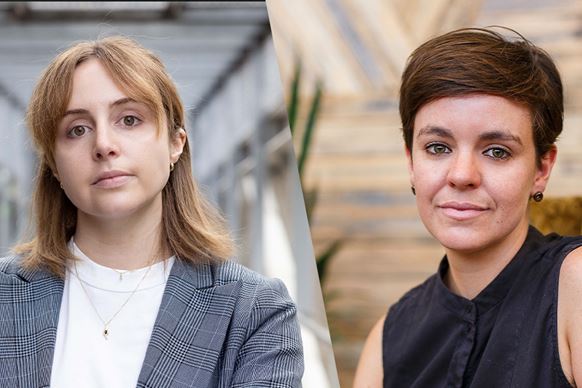