Exit Through the Sweatshop

Sweatshop: Western Sydney Literacy Movement has become nationally renowned for its devotion to empowering culturally diverse communities through reading, writing and critical thinking over the past 10 years. In this exciting showcase of performances and readings, six of Sweatshop’s most dynamic writers share their stories on love, fear and faith. Including readings from Jazz Money, Guido Melo, Maryam Azam, Shirley Le, Mark Mariano and L-FRESH The LION. Hosted by Sweatshop Founding Director Michael Mohammed Ahmad. 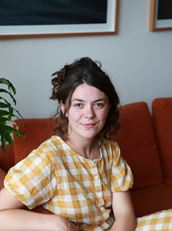 Maryam Azam is a Pakistani-Australian writer and teacher from Western Sydney. She has presented her work at literary festivals across Australia and internationally and is a long-time member of Sweatshop Literacy Movement. Her debut poetry collection The Hijab Files was shortlisted for the Mary Gilmore Award and Anne Elder Award. Maryam is currently working on a novel about a marriage between a Muslim woman and a White convert, assisted by the Australian Government through the Australia Council, its arts funding and advisory body. 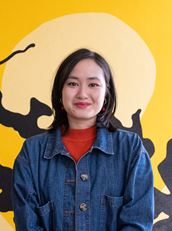 Shirley Le is a Vietnamese-Australian writer from Western Sydney. She is a Creative Producer at Sweatshop Literacy Movement and holds a BA from Macquarie University. Her work has been published in The Guardian, Overland, SBS Voices, Meanjin, Griffith Review and several Sweatshop anthologies. Shirley is currently working on her debut novel with Affirm Press. 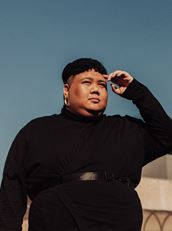 L-FRESH The LION is regarded as one of Australia’s most important hip hop artists. He is the author and performer of the Sydney Kings’ (National Basketball League) theme song ‘WE THE KINGS’, ambassador for Australia as selected by YouTube for their international Creators for Change initiative, an ARIA Award and Double J Artist of the Year nominee, and he has shared the stage with hip hop icons Nas, Dead Prez, Talib Kweli as well as Sir Elton John and Malala Yousafzai. He is also the Artistic Director of Campbelltown Arts Centre’s Conscious, and founder of Village Boy Entertainment, a creative facilitation company that serves as a bridge between artists and the music industry.

Dr Michael Mohammed Ahmad is the founding director of Sweatshop Literacy Movement and the award-winning author of The Tribe, The Lebs and The Other Half of You. His debut novel, The Tribe, won the 2015 Sydney Morning Herald Best Young Novelists of the Year Award. His second novel, The Lebs, won a 2019 Premier’s Literary Award and was a finalist for the 2019 Miles Franklin Literary Award. He is also the editor of the critically acclaimed anthology, After Australia.