In this special event, Sweatshop: Western Sydney Literacy Movement celebrates the release of BLACKLIGHT, a new anthology showcasing 10 years of First Nations storytelling from Western Sydney and beyond. Join a panel of First Nations writers as they delve deep into the art, history and soul of Black and Brown literature in Australia. Featuring Travis De Vries, Ali Murphy-Oates and Steven Ross in conversation with Sweatshop General Manager, Winnie Dunn. 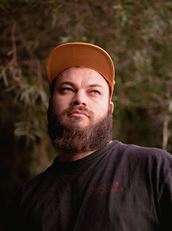 Travis De Vries is a Gamilaroi and Dharug podcaster and multi-disciplinary artist. He is the producer and host of Broriginals, and the producer of Fear of a Black Planet. He is also a concept artist, gamer, and the founder and director of Awesome Black. Travis was selected for the 2020 Copyright Agency First Nations Fellowship. 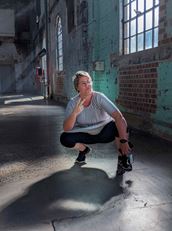 Ali Murphy-Oates is a Ngiyampaa Wailwan woman based on Gadigal & Bidjigal (Sydney). Ali is Managing Director at Moogahlin Performing Arts and a freelance producer, arts administrator, and consultant. She has recently served on the boards of BlakDance Australia, Theatre Network NSW, and Moogahlin Performing Arts, and currently serves on the Create NSW Aboriginal Arts & Culture Advisory Board, the Australian Performing Arts Market First Nations Advisory Group, the Board of PACT Centre for Emerging Artists, and the Executive Council of Live Performance Australia. Ali is a 2021 recipient of a Sidney Myer Creative Fellowship. 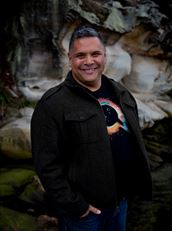 Steven Ross is a proud Wamba Wamba man with cultural and familial connections to the Wiradjuri, Muthi Muthi and Gunditjmara peoples. He is also a proud queer man living on the lands of the Dharug peoples in Western Sydney. He has studied dance and theatre, is a published writer, as well as a producer and curator of events, exhibitions and other forms of public programming. He also currently works for a local government, which includes working on major First Nations cultural infrastructure projects. Steven has been on the board of several organisations including South-West Regional Arts, Gadigal Information Services, Australian Conservation Foundation and the Inner-City Legal Centre.

Winnie Dunn is a writer of Tongan descent from Mount Druitt. She is the General Manager of Sweatshop Literacy Movement and holds a Bachelor of Arts degree from Western Sydney University. Winnie’s work has been published in Griffith Review, Meanjin, SBS Voices, The Guardian and more. She is the editor of several critically acclaimed anthologies, most notably Sweatshop Women, which is Australia’s first publication produced entirely by women of colour. Winnie is currently completing her debut novel as the recipient of a 2019 CAL Ignite Grant.

Truth-Telling in a Post-Truth World