YA Gala: Protect Them at All Costs

Each of us – including your favourite YA authors – has a treasured protagonist, antagonist or side character who we firmly believe should have nothing bad ever happen to them. Join Zana Fraillon (The Lost Soul Atlas), Garth Nix (The Left-Handed Booksellers of London), Will Kostakis (Rebel Gods), Gary Lonesborough (The Boy from the Mish), Jenna Guillaume (You Were Made for Me), Michael Pryor (Gap Year in Ghost Town) and Leanne Hall (The Gaps) as they share which characters they would protect at all costs from malevolent authors and literary harm. Hosted by Amelia Lush.

Will Kostakis is a writer of all things, from celebrity news stories that score cease and desist letters, to tweets for professional wrestlers. That said, he’s best known for his award-winning YA novels, including The First Third and The Sidekicks. Most recently, Will has applied his trademark style to the fantasy genre, with Monuments and its sequel, Rebel Gods.

Gary Lonesborough is a Yuin man from Bega, NSW. Growing up, he was always writing. Gary moved to Sydney to study film, and would work on the feature film Jasper Jones. As a role model for Aboriginal youth and an emerging talent in the arts, Gary received the Bega Valley Shire Council’s Young Citizen of the Year Award, the Patrick White Young Indigenous Writers’ Award and the Copyright Agency Fellowship for First Nations Writers. The Boy from the Mish is his debut young adult novel.

Jenna Guillaume is the author of YA rom-coms You Were Made For Me and What I Like About Me. She writes about pop culture, body positivity and mental health for publications such as The Sydney Morning Herald, ABC and BuzzFeed, and works on social media for brands like Netflix. Previously, she was editor-at-large at BuzzFeed and features editor at Girlfriend. When she’s not binge-watching 90s shows or cuddling her dogs, she’s working on her third YA novel and a screenplay or two.

Zana Fraillon is an internationally acclaimed, award-winning author, with work published in over 15 countries. Her 2016 novel The Bone Sparrow won the ABIA Book of the Year for Older Children, the Readings Young Adult Book Prize and the Amnesty CILIP Honour. It was also shortlisted for the Prime Minister’s Literary Awards, the Queensland Literary Awards, the Guardian Children’s Fiction Prize, the Gold Inky and the CILIP Carnegie Medal. The Lost Soul Atlas is her third book for young adult readers.

Leanne Hall is an author of young adult and children’s fiction. Her debut novel, This Is Shyness, won the Text Prize for Children’s and Young Adult Writing, and was followed by a sequel, Queen of the Night. Her novel for younger readers, Iris and the Tiger, won the Patricia Wrightson Prize for Children’s Literature at the 2017 NSW Premier’s Literary Awards. Leanne works as a children’s and YA specialist at an independent bookshop and her fourth book, The Gaps, will be published in March, 2021.

Garth Nix has been a full-time writer since 2001, but has worked in many parts of the publishing industry. His books include the Old Kingdom fantasy series, Newt’s Emerald, A Confusion of Princes and the Keys to the Kingdom series. More than 5 million copies of his books have been sold around the world. Garth’s work has appeared on the bestseller lists of The New York Times, Publishers Weekly and USA Today, and has been translated into 42 languages. His most recent book is The Left-Handed Booksellers of London. 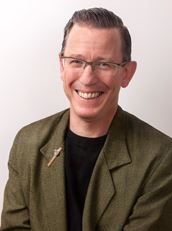 Michael Pryor is one of Australia’s premier science fiction and fantasy authors. He has more than a million words in print, publishing more than 35 books and over 50 short stories. Michael has been shortlisted seven times for the Aurealis Awards and seven of his books have been CBCA Notable Books. Michael’s most recent book is Graveyard Shift in Ghost Time, the second instalment of the Ghost Town duology.