Hear from the authors of two of this year’s best novels, Rebecca Starford and Claire Thomas, as they discuss their new books on stage with Declan Fry. Hailed as a gripping thriller and deft character study, Rebecca’s The Imitator is the story of a female spy recruited into an elite MI5 counterintelligence unit during World War II. Named one of The Sydney Morning Herald’s most anticipated books of the year, Claire’s The Performance is a tightly woven portrayal of three women forever changed during a night at the theatre as bushfires burn nearby.

Claire Thomas is a Melbourne writer. Her new novel, The Performance, is being published internationally in 2021, including by Riverhead (US) and Gallimard (France). Her acclaimed first novel Fugitive Blue won the Dobbie Award for women writers and was longlisted for the Miles Franklin Literary Award. Claire holds a PhD from the University of Melbourne where she taught literary studies and creative writing for many years.

Rebecca Starford is the author Bad Behaviour: A Memoir of Bullying and Boarding School and novel The Imitator. She is the Co-founder and Publishing Director of Kill Your Darlings magazine. She is a former editor at Text Publishing and Affirm Press. Bad Behaviour is currently in development with Matchbox Pictures for adaptation into a TV series. Rebecca recently completed a PhD at the University of Queensland, where she has taught creative writing.

Declan Fry is a writer, poet, essayist, and proud descendant of the Yorta Yorta. Born on Wongatha country in Kalgoorlie, in 2020 he was engaged as a critic for The Age/Sydney Morning Herald, awarded the 2021 Peter Blazey Fellowship, and the Lord Mayor's Creative Writing Award for memoir. His work has appeared in Meanjin, The Saturday Paper, Liminal, Overland, and elsewhere. 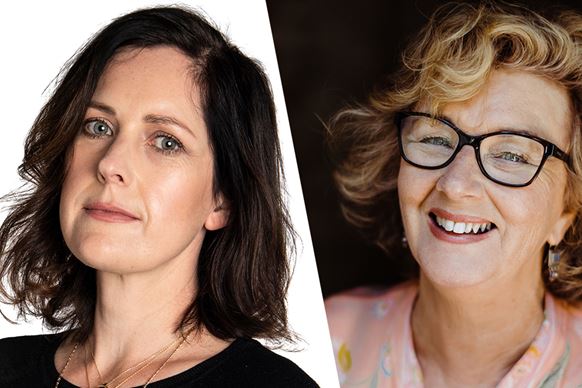