Prize-winning Australian writers Malcolm Knox and Michael Robotham take to the stage to discuss the riveting new novels that extend their reputations as masters of their crafts. A prolific journalist and author, Malcolm chats about the hilarious and mesmerising Bluebird, which examines nostalgia, gentrification and the Australian dream through the lens of decades of secrets buried in a beachside suburb. One of the country’s finest and bestselling crime writers, Michael talks about the pulse-quickening When She Was Good, which sees the return of forensic psychologist Cyrus Haven, embroiled in an explosive murder case with disturbing origins. The duo chat in conversation with Ashley Hay.

Malcolm Knox is an acclaimed writer, novelist and journalist who has won numerous awards, including the Ned Kelly Award, Colin Roderick Award, Ashurst Business Literature Prize, Human Rights Commission Award, Walkley Award for Investigative Journalism, Walkley Award for Magazine Writing, and the Walkley Award for Sports Reporting, as well as being shortlisted for the Prime Minister’s Literary Award, NSW Premier’s Award and the Queensland Premier’s Award. Malcolm has written many works of non-fiction and sports books. Malcolm’s novels are Summerland, A Private Life, Jamaica, The Life, The Wonder Lover and Bluebird.

Ashley Hay is a novelist and essayist whose awards include the Foundation of Australian Literary Studies’ Colin Roderick Award, the NSW Premier’s Literary Awards Peoples’ Choice, and the Bragg/UNSW Press Prize for Science Writing. Her writing has been shortlisted for awards including the Commonwealth Writers' Prize and Queensland Literary Awards, and longlisted for prizes including the International IMPAC Dublin Literary Award and the Miles Franklin. Her novels include The Body in the Clouds and A Hundred Small Lessons. She is the editor of Griffith Review. 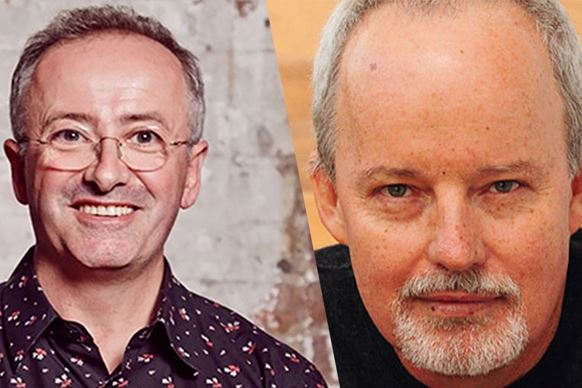