Sara M. Saleh is an Arab-Australian human rights activist, community organiser, and campaigner for refugee rights and racial justice. An award-winning poet and writer, her pieces have been published in English and Arabic in various national and international outlets and anthologies. She is co-editor of the 2019 anthology Arab, Australian, Other: Stories on Race and Identity. Recently awarded the Australian Book Review’s 2021 Peter Porter Poetry Prize, she is currently developing her first novel as a recipient of the inaugural Affirm Press Mentorship for Sweatshop Western Sydney.

Tyree Barnette is a Sydney-based writer and a member of Sweatshop: Western Sydney Literacy Movement. His writing centres on the African-American experience in Australia and greater Asia Pacific, and celebrating the global phenomenon that is African-American culture. Tyree contributed to anthologies by Sweatshop including this little red thing and Racism. He has also written a number of pieces for SBS Voices on fatherhood, Australian racism, and Black American food culture. Tyree is originally from Raleigh, North Carolina 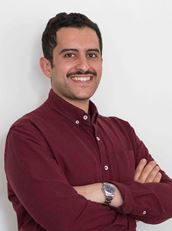 Daniel Nour is an Egyptian-Australian journalist and writer. He is Chair of the Sydney-based Australian Egyptian Youth Forum and a member of Sweatshop Literacy Movement. His writing has been published in the New York Times, SBS Voices and Meanjin. In 2020 Daniel won Young Journalist of the Year in the 2020 Premier's Multicultural Communications Awards.

Janette Chen is a Chinese-Australian writer from Lidcombe. She holds a Bachelor of Arts in Writing and Cultural Studies from the University of Technology, Sydney. In 2019, she participated in Carnival of the Bold’s Citizen Writes program and was the winner of the 2019 Deborah Cass Prize. Janette is a member of Sweatshop: Western Sydney Literacy Movement.

Winnie Dunn is a writer of Tongan descent from Mount Druitt. She is the General Manager of Sweatshop Literacy Movement and holds a Bachelor of Arts from Western Sydney University. Winnie’s work has been published in the Sydney Review of Books, The Saturday Paper, Griffith Review, Meanjin, SBS Voices, The Guardian, Huffington Post, Southerly and Cordite. She is the editor of several critically acclaimed anthologies, most notably Sweatshop Women, which is Australia’s first and only publication produced entirely by women of colour. Winnie is currently working on her debut novel as the recipient of a CAL Ignite grant.

Stephen Pham is a Vietnamese-Australian writer from Cabramatta, on Dharug lands. His writing has appeared in Meanjin, Griffith Review, Overland, and Sydney Review of Books. In 2018, Stephen received the Create NSW Writer's Fellowship to commence work on his debut manuscript. He was a co-writer on Utp's Sex, Drugs & Pork Rolls, a multi-screen installation that premiered at Sydney Festival 2021.

Phoebe Grainer is a Djungan woman from Far North Queensland. She completed her Bachelor of Fine Arts at the National Institute of Dramatic Art in 2016 and is a Creative Producer at Sweatshop Literacy Movement. Phoebe has performed in Saltbush (2017), Two Hearts (2018), Serpent’s Teeth (2018), Doing (2019) and Rainbow’s End (2019). Her essays, poems and short stories have appeared in The Lifted Brow, SBS Voices, Red Room Poetry and Sweatshop Women. In 2020, Phoebe was the recipient of a Griffin Theatre Studio Fellowship.