Journalism: A Voice for the Vulnerable

Quality journalism holds the powerful to account, and ensures we hear the voices of society’s most vulnerable people. From exposing the destruction of sacred Aboriginal sites and the dark side of Olympic sport to investigating claims of sexual harassment by a former High Court judge, our panel of Walkley Award–winning journalists discuss the impact great reporting can have. Indigenous Affairs Editor for The Guardian Lorena Allam; Chief Sports Writer for The Australian Jessica Halloran; senior journalist at The Sydney Morning Herald Jacqueline Maley; and Gold Walkley–winning investigative journalist at The Sydney Morning Herald Kate McClymont, join former ABC editorial director Alan Sunderland for this incisive discussion.

Presented in partnership with the Walkley Foundation for Journalism.

Kate McClymont is an investigative journalist with The Sydney Morning Herald. She is a seven-time winner of journalism’s most prestigious award, the Walkley, including the Gold Walkley for her coverage of the Bulldogs salary cap rorts. She was named the 2012 NSW Journalist of the Year for her investigations into the fraudulent activities of Michael Williamson, the head of the Health Services Union, and the business activities of former NSW Labor minister, Eddie Obeid. In 2017, she was inducted into the Media Hall of Fame for her contribution to the industry. Her latest book, Dead Man Walking, tells the complete story of the lives and shoddy business deals of Michael McGurk and Ron Medich. It was Kate in whom millionaire businessman Michael McGurk confided that he feared for his life, just one week before he was fatally gunned down outside his Sydney home.

Lorena Allam is a Gamilaraay and Yuwalaraay woman whose country lies in the Dhariwaa or Narran Lakes area of far west NSW and spans the border with south-west Queensland. Lorena is a two-time Walkley winner and has been a journalist and broadcaster for 30 years, working for ABC News, Triple j, Radio National, ABC TV and online. She is currently the Indigenous affairs editor for Guardian Australia.

Jessica Halloran is a Walkley winner and chief sports writer at The Australian. She started her journalism career as a cadet at The Sydney Morning Herald, became a sports columnist at the Sunday Telegraph and joined The Australian earlier this year. For more than 18 years she has reported from some of the largest sporting events, including the Olympics. She wrote tennis player Jelena Dokic's best-selling biography, Unbreakable.

Jacqueline Maley is an award-winning journalist and columnist with The Sydney Morning Herald and The Age. In 2020, she won, with her colleague Kate McClymont, the prestigious Walkley Award for Excellence in Journalism, as well as an Award for Excellence in Civil Liberties Journalism from the New South Wales Council for Civil Liberties. In 2017, Jacqueline won the Peter Ruehl Award for Outstanding Columnist at the NRMA Kennedy Awards. The Truth About Her is her first novel.

Alan Sunderland has been a broadcast journalist for more than 40 years. He was a reporter for both the ABC and SBS in Melbourne, Canberra and Sydney and won two Walkley Awards. He retired in 2019 from his position as Editorial Director of the ABC and continues to write and speak about the ethics and future of journalism. He is the Executive Director of the Organization of News Ombudsmen. In another life, he also writes children's fiction. 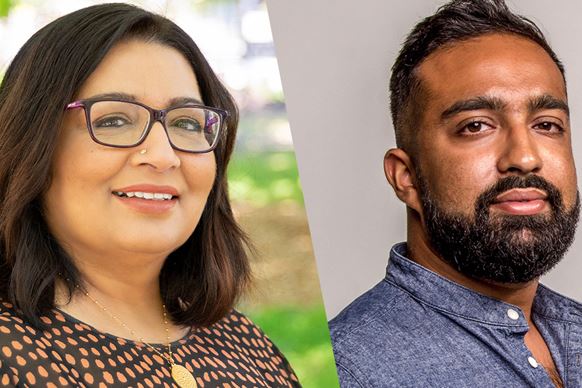