Jessica Townsend: What a Wundrous World

When it comes to creating fantastical and beautiful worlds, Jessica Townsend – bestselling author of the Nevermoor series – knows it all. From public transportation (the Wunderground) to recreational activities (zombie paintball), her one-of-a-kind imagination has captivated young readers all over the world. Join Jessica as she takes us beyond the dragons to discover the magical powers of kindness, loyalty and stepping boldly forward – no matter what world you’re in, with Jeremy Lachlan.

Recommended for ages eight and up.

Jessica Townsend lives on the Sunshine Coast in Queensland. Her pet fascinations include public transport, ancient cities, hotels, opera singers, Halloween, secret societies and gigantic cats – all of which have weaselled their way into Nevermoor: The Trials of Morrigan Crow, her award-winning first novel released in 2017. This record-breaking and New York Times bestselling series continues with Wundersmith: The Calling of Morrigan Crow, released in 2018, and Hollowpox: The Hunt for Morrigan Crow, released in 2020. Nevermoor was the biggest-selling Australian children's debut since records began winning numerous awards including the ABIA for Book of the Year, Indie Book Awards Book of the Year and the Aurealis Award for Best Children's Fiction.

Jeremy Lachlan was born and raised in Griffith, country NSW, but now calls Sydney home. His debut novel, Jane Doe and the Cradle of All Worlds, was a 2019 Australian Book Industry Award winner, and he once took home $100 in a karaoke competition, of which he's equally proud. His second novel, Jane Doe and the Key of All Souls was released in January, 2020 and is a longlistee for Book of the Year for Older Children in the current Australian Book Industry Awards. 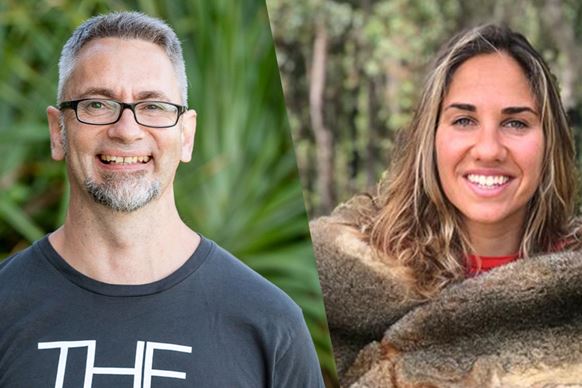 Caring for Country With Kirli and Dub