The myth that Australian society is egalitarian enough to give everyone a ‘fair go’ is pervasive. Supposedly, if you have a go, you’ll get a go. Yet it’s an idea rarely reflected in our economic policies. Welfare recipients are demonised as dole bludgers, wealth is protected and the divide between rich and poor feels ever more acute. Two of our finest economic and political commentators – Rick Morton (On Money) and Kishor Napier-Raman – examine where money meets policy, with host Emma Alberici.

Rick Morton is an award-winning journalist and author of three non-fiction books. My Year Of Living Vulnerably (Fourth Estate, 2021) documents the rediscovery of love after a Complex PTSD diagnosis. His debut memoir, One Hundred Years of Dirt (MUP, 2018), became a national bestseller and was a finalist in multiple awards. He is also the author of On Money (Hachette, 2020). Rick is a senior reporter at The Saturday Paper where he covers social policy, national affairs and science. 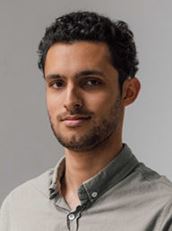 Kishor Napier-Raman is a reporter for Crikey. Before joining their team in 2018, Kishor was an editor at Honi Soit, an intern at The Sydney Morning Herald and a legal reporter for Justinian. He has degrees in arts and law from the University of Sydney.

Emma Alberici is the former Chief Economics Correspondent for the ABC. Her career began at News Limited's Herald Sun before moving to the Nine Network for 10 years. In 2002 she took a job at the ABC where she’s been 7.30's Finance Editor, a senior reporter on radio and the Europe Correspondent based in London for four years. Emma returned to Australia to host ABC TV's Lateline which she presented for six years until December 2017. She is the author of three editions of The Small Business Book and is currently writing a memoir.

Voices of Our Future