Political biography gives us insights into the individuals behind the politics, but it can also play an integral role in shaping how our political leaders are more widely understood. Peter van Onselen’s new book How Good is Scott Morrison?  kicks off a conversation with Barrie about how to write about our leaders beyond their carefully cultivated images.

Christine Wallace and Niki Savva, both authors of significant political biographies, join the chat to see how deep dives into the lives of the people running the show allow us to better understand what’s really going on in Canberra.

Peter van Onselen is an Australian political academic, author and political journalist and commentator. He is Network Ten's political editor, a regular presenter and co-host on The Project and The Sunday Project with Lisa Wilkinson and contributing editor at The Australian newspaper. Between 2010 and 2017, he hosted daily programs at Sky News Australia. Peter has a weekly segment on ABC Radio National Breakfast and appears regularly on The Drum and Insiders. He has published John Winston Howard: The Biography (with Wayne Errington) Howard's End: The Unravelling of a Government (with Philip Senior), Liberals and Power: The Road Ahead, Professionals or Part-timers? Major Party Senators in Australia, Battleground: Why the Liberal Party Shirtfronted Tony Abbott (with Wayne Errington) and his most recent book How Good Is Scott Morrison? (with Wayne Errington).

Niki Savva is a journalist, author and political commentator. She has written a memoir, So Greek, and two bestselling books on historic events in Australian politics. The Road to Ruin chronicles the removal of Tony Abbott as prime minister, and Plots and Prayers details the bungled coup that overthrew Malcolm Turnbull. Niki has written a weekly column on federal politics for The Australian for 10 years, and has appeared regularly on the ABC's Insiders for almost a decade. 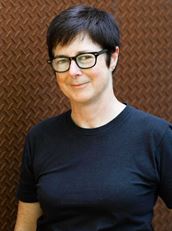 Dr Chris Wallace is an Australian Research Council DECRA Fellow at the School of History, Australian National University, Canberra, specialising in modern and contemporary political history. She was a longstanding member of the Canberra Press Gallery where she worked for the Australian Financial Review, The Australian, Channel 7 and ABC TV. Chris is the author of several books including the biography Greer, Untamed Shrew and The Private Don. Her most recent book is How to Win an Election.