Evan Osnos, New Yorker journalist and award-winning author of the biography Joe Biden: American Dreamer, has spent years studying the newly minted 46th President of the United States. Based on hundreds of interviews – with Biden and his political peers, allies and opponents – Evan appears live via video to offer his insights into the man taking the presidency in a time of extraordinary turmoil.

Following Barrie’s interview, Rosalind Dixon and Bob Carr will reflect on what to expect next from Biden and America. 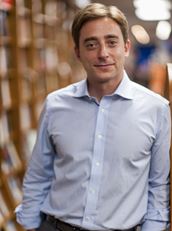 Evan Osnos has been a staff writer at The New Yorker since 2008. His book, Age of Ambition: Chasing Fortune, Truth, and Faith in the New China, won the National Book Award, among other honours. Previously he reported from China, Iraq and elsewhere for the Chicago Tribune, where he shared a Pulitzer Prize for investigative reporting.

Bob Carr is a former premier of New South Wales and a former senator, serving as Minister of Foreign Affairs from March 2012 to September 2013. He is the author of My Reading Life (2008) and Thoughtlines (2002). His most recent book is Diary of a Foreign Minister (2014).

Rosalind Dixon is a Professor of Law and Director of the Gilbert + Tobin Centre of Public Law at UNSW Sydney. She is a leading comparative constitutional law scholar, with expertise in a wide range of countries including the US, and previously served as an assistant professor at the University of Chicago, and visiting professor at Harvard Law School and Columbia Law School, among others. Her editorial (with David Landau) on the Capital riots appeared in The New York Times on January 7, and was cited in the House impeachment brief against Donald Trump.