Are You There, Sydney? It’s Me, Judy Blume

Please note, Judy Blume is appearing via video for this event.

For generations of readers, Judy Blume is an icon. Beginning in the late 1960s, her celebrated novels were formative for young readers and future writers alike. Her children’s stories, including Fudge and Tales of a Fourth Grade Nothing, are funny, irreverent and riotous precursors to the blockbuster kids’ series of today. While her young adult books were beloved – and sometimes banned – for their free and frank depictions of puberty and sexuality. Join Judy (appearing live via video) as she talks with Sophie Black about her body of work, which exceeds some 85 million in sales, and on her life now happily running a bookstore on an island in Florida.

Judy Blume is one of the world’s most beloved authors. Her 29 titles include Are You There God? It's Me, Margaret, Forever and the five-book series about the irrepressible Fudge. She’s dared to address the taboos of puberty and nascent sexuality and has been a funny and knowing voice for children and adolescents for five decades. Over that time, her work has also widened to encompass the experiences of adult women and men. Her bestselling novels Wifey, Summer Sisters and In the Unlikely Event proved Judy could boldly swim in the waters of both adult and children’s literature.

Together, her books have sold more than 85 million copies in 32 languages, and have been a touchstone for countless young readers, many of whom have been inspired, as grown-ups, to write their own books. She was awarded the Library of Congress Living Legends Award in 2000 and the National Book Foundation Medal for Distinguished Contribution to American Letters in 2004.

In 2009, the National Coalition Against Censorship in the US honoured and paid tribute to Judy’s longstanding defence of free speech and her courageous battles against all kinds of censorship. The American Academy of Arts and Letters awarded her the E.B. White Award for achievement in children’s literature in 2017. The Chicago Public Library Foundation presented Judy with the Carl Sandburg Literary Award in 2018 for literary works that have shaped generations and made indelible contributions to literature. And, in 2020, Judy was honoured by the Authors Guild Foundation for Distinguished Service to the Literary Community.

Five years ago, Judy and her husband, George Cooper, longed for a bookstore in Key West where they live, which led to them founding the independent, non-profit Books & Books @ The Studios. These days, Judy can be found working most days at her shop. “After 50 years of writing, I’m enjoying meeting so many readers and introducing them to some of my favourite authors.”

Sophie Black is Head of Special Projects at the Wheeler Centre where she has headed up the writers scheme The Next Chapter, the podcast scheme Signal Boost, the Walkley Award–winning podcast The Messenger and the ABC RN program Talkfest. Previously she was editor-in-chief at Private Media and editor of Crikey. She has delivered the Adelaide Festival of Ideas as director and is Co-chair of the human rights publication Right Now.

Kazuo Ishiguro: Klara and the Sun 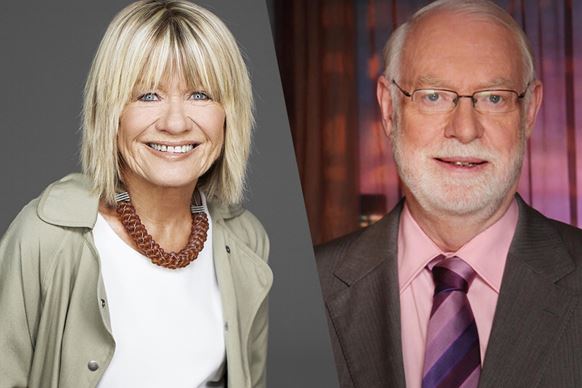