Iconic Duos: The Next Chapter Writers and Mentors

To celebrate the opening of entries for The Next Chapter, The Wheeler Centre’s writers’ scheme, join three participants and their mentors – Arthur Bolkas and Arnold Zable, Meleika Gesa-Fatafeh and Ellen van Neerven, and Jean Bachoura and Maria Tumarkin – to discuss the varied forms of support for emerging writers, and the unique qualities of writing mentorships. Presented annually, The Next Chapter gives 10 outstanding emerging writers the time and space to write, and a 12-month mentorship with an experienced writer. Through these dedicated mentorships, tomorrow’s great voices receive guidance and support from today’s literary icons.

Meleika Gesa-Fatafehi is pretty hilarious and laughs too much, so much that her Black/Indigenous and Pasifika ancestors are probably tired of her. Lucky she alternates burdening the two sides of her ancestry who are from Mer (Murray) Island, from the Zagareb and Dauareb tribes and Fahefa, Tonga. Meleika is also a literature and film critic. She loves talking about all things nerdy, rapping and creating, as well as decolonising spaces online and in real life. She is a storyteller that takes many forms; the most prominent, a poet. If she’s upset any of her ancestors whilst making this bio, she’s sorry.

Authur Bolkas was raised on welfare in a Greek migrant family. Arthur was school captain and dux of his final year. However, in the fourth year of an Arts/Law degree, his life descended into drug addiction and imprisonment. Arthur has been a cabbie, facilitated men’s groups, worked with at-risk youth and prisoners, run a church, and featured in the general media. A criminologist, speaker, actor, and father of two sons, he currently has three books on the go. Especially through the difficult times, writing has been a life-giving source for Arthur.

Arnold Zable is a highly acclaimed novelist, storyteller and human rights advocate. His works include Scraps of Heaven, Violin Lessons, and The Fighter, which was shortlisted for a Victorian Premier’s Literary Award and a New South Wales Premier’s Literary Award. Arnold's most recent work is The Watermill. He lives in Melbourne.

Maria Tumarkin is a writer and cultural historian. Her books include Traumascapes, Courage, and Otherland, which was shortlisted for the Victorian Premier’s Award, NSW Premier’s Award and The Age Book of the Year. Her latest book, Axiomatic won the 2018 Melbourne Prize for Literature’s Best Writing Award and was shortlisted for the Stella Prize. Tumarkin’s essays have appeared in The Best Australian Essays, Griffith Review, Meanjin, The Monthly, Sydney Review of Books, The Age, The Australian, and Inside Story. Tumarkin is involved in wide-ranging artistic collaborations with visual artists, theatre makers and audio designers. She was a 2013–14 Sidney Myer Creative Fellow in humanities and is a member of the Melbourne Writers Festival’s programming committee. Maria holds a PhD in cultural history and teaches creative writing at the University of Melbourne.

Jean Bachoura is an inaugural recipient of the Wheeler Centre’s scheme for writers, The Next Chapter. His work is reflective of a life lived between cultures: born in Damascus, raised in Syria, Lebanon and Australia. In 2016 he was awarded the Deborah Cass Prize for his piece 'Night Falls'. In 2017 he wrote 'No Man’s Land', an account of his journey crossing the border into Syria. In 2019, his multi-platform project TRETINOIN was awarded The Lifted Brow & RMIT non/fictionLab Prize for Experimental Non-fiction. 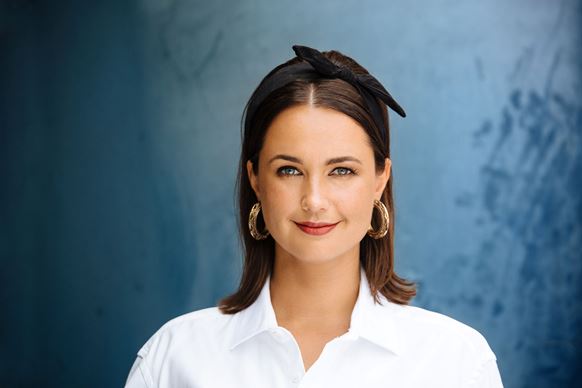