Mainstream media has long been guilty of not giving enough exposure to Indigenous stories and failing to prioritise the voices of Indigenous reporters. Hear from a panel of leading journalists as they celebrate excellence in Indigenous reporting around the world and consider what changes are needed to see better First Nations representation in leading media networks. Featuring Warlpiri journalist and co-host of NITV’s The Point Rachael Hocking, award-winning Wiradjuri journalist and NITV’s Science and Technology Editor Rae Johnston, alongside Anishinaabe Canadian journalist and All Our Relations author Tanya Talaga in conversation with Kamilaroi/Dunghutti journalist Marlee Silva.

Tanya Talaga is Anishinaabe and Polish Canadian, her maternal family is from Fort William First Nation and her father was Polish. Tanya is a journalist and head of Makwa Creative Inc. an Indigenous media company. She joins the Globe and Mail as a columnist in September. Tanya is the author of two national bestsellers. Her first book, Seven Fallen Feathers, was the winner of the RBC Taylor Prize, the Shaughnessy Cohen Prize for Political Writing, and the First Nation Communities Read Award: Young Adult/Adult. Her second book, All Our Relations: Finding the Path Forward, was a finalist for the Hilary Weston Writers’ Trust Prize for Non-Fiction. Talaga’s first podcast series Seven Truths, will be out this October. 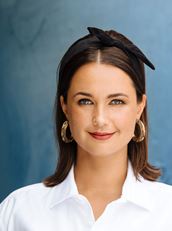 Rae Johnston is a Wiradjuri woman, mother, multi-award-winning STEM journalist, TV & Radio host, and podcaster. Rae is the first-ever Science and Technology Editor for NITV and SBS. With almost a decade of experience appearing on every national television and radio news program in Australia, Rae is a leading commentator on all things science, technology, video games and geek culture. Rae mentors with The Working Lunch program, supporting underrepresented entry-level people in games and Science Media Centre Australia‘s Indigenous Science program.

Rachael Hocking is a Warlpiri woman with roots in the Tanami Desert of the Northern Territory. She has been a reporter and presenter for NITV since 2015, and currently co-hosts its flagship show The Point. In 2019, she joined the Board for the Dart Centre for Journalism and Trauma in the Asia Pacific, where she advocates for better, trauma-informed reporting in Indigenous communities. Rachael is an intersectional feminist who is passionate about Aboriginal women’s rights, language revival and climate justice.

Marlee Silva is a 24 year old Gamilaroi/Dunghutti writer, podcaster and co-founder of Tiddas 4 Tiddas, the social media-based movement dedicated to elevating stories of inspiring Aboriginal and Torres Strait Islander women and girls from across the country. Her debut novel My Tidda, My Sister inspired by Tiddas 4 Tiddas is set to be released later this year.