With controversies swirling around the Margaret Court Arena, athletes taking increasing action around climate change, the recent ban on protests at the Olympics and the ongoing case of Israel Folau, the place of sportspeople as activists and commentators is a topic of great debate. ABC’s Tracey Holmes considers the complexities of activism on and off the playing field with two-time Olympic swimmer turned human rights lawyer Nikki Dryden, human rights advocate and former Socceroos captain Craig Foster (Fighting for Hakeem), and Olympic gold medallist and former Labor senator Nova Peris. 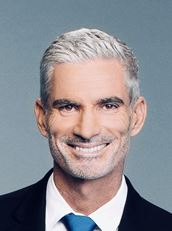 Craig Foster is a former player, and captain of, the Socceroos. Following his retirement from the field, Craig has built a multiple Logie-winning broadcast career with the SBS. He is an Ambassador for Human Rights and Refugees with Amnesty Australia. Craig has a Master of International Sport Management and a postgraduate degree in football management and is currently completing his law degree.

Nikki is an Olympic swimmer, Commonwealth medalist and Olympic journalist. Today she is a human rights and immigration attorney based in Sydney. Nikki is the Founder of Athlete Activist and Lex Athletica and is on the Editorial Board of LawInSport. She regularly advises on legal issues at the nexus of sport and human rights, including athlete rights, sexual abuse, and corruption in sporting organisations. She has a BA in International Relations from Brown University and a JD from Brooklyn Law School.

Nova Peris became a Labor Senator for the Northern Territory in 2013. She is the first female Indigenous Australian to be elected to the Federal Parliament. Nova is a traditional land-owner who is descended from, and identifies with, the Kiga People of the East Kimberley, the Yawuru People of the West Kimberley (Broome) and the Muran People of West Arnhem Land in the Northern Territory. She was born and raised in Darwin, and her mother, grandmother and grandfather are all members of the Stolen Generations from respective missions on the Tiwi islands, Moola Bulla of the East Kimberley and Beagle Bay of the West Kimberley. Nova has extensive community experience addressing Indigenous disadvantage, particularly in the Northern Territory. She helped deliver more than 100 health and education checks across communities Australia-wide and has worked to establish the innovative Nova Peris Girls Academy (NGPA) over the past three years. This focuses on keeping Aboriginal girls engaged with education. Known to many Australians for her sporting achievements, Nova was part of the Australian women's hockey team that won gold at the 1996 Olympics in Atlanta. She became the first Indigenous Australian, and the first Territorian, to win a gold medal. Nova then switched to athletics and became a double gold medallist at the 1998 Commonwealth Games in Kuala Lumpur. She also competed at the Sydney Olympics in 2000, making the finals of the 400-metre relay. She is the only person ever to make back-to-back Olympic finals in two different sports. Nova has since taken on the role of Deputy Chair of the Joint Select Committee to recognise Aboriginal and Torres Strait Islander people in the Australian Constitution.

Tracey Holmes is an award-winning journalist, educator and mentor. Currently she works for the ABC and is presenter of the internationally recognised podcast The Ticket focusing on deep dives into the biggest issues in global sport. She has lived and worked in Hong Kong, Beijing and the Middle East. She has a Masters in Communications and is studying a graduate diploma of Sports Law at the Melbourne Law School.

Insights from the American Campaign Trail