Alex Lee is a writer, actor, television presenter and comedian. She’s worked at ABC News24, Buzzfeed, The Roast and appeared on The Checkout. She also plays a half-orc barbarian in a Dungeons and Dragons podcast.

Gareth Davies is an actor and playwright based in Sydney. He has written and performed for the Black Lung Theatre (of which he’s a member), Belvoir Street Theatre, the Malthouse and many more. Gareth’s theatre credits include The Cherry Orchard (Melbourne Theatre Company); The Government Inspector (Malthouse Theatre/Belvoir); The Rover, Cat on a Hot Tin Roof, Peter Pan, As You Like It, And They Called Him Mr Glamour (which he also wrote) and The Seagull (Belvoir); As You Like It (Bell Shakespeare); and The Literati (Griffin/Bell Shakespeare). He has also performed at Belvoir for B Sharp in The Only Child, The Suicide and A Midsummer Night’s Dream. His film and TV credits include The Daughter (Screen NSW/Fate Films), The Letdown (Giant Dwarf/ABC), Hunters (Universal Cable/Valhalla) and the upcoming Peter Rabbit (Animal Logic). 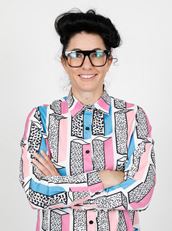 Annaliese Constable is a writer, performer and queer rights activist working across standup, queer performance and theatre, renowned for self-deprecating and tragic-comedic works. Her most recent solo show is called Perfect Child. She holds a Bachelor of Creative Arts from the University of Wollongong. While completing her degree, Annaliese lead a protest occupation for queer rights that she subsequently made a documentary about, titled Operation Queer Space. Annaliese has spent the last 15 years working in sexual health for lesbians and same-sex-attracted women.

Lewis is a comedian and writer who first appeared on ABC’s Hungry Beast. Most of the time, Lewis is co-hosting Triple J’s Drive show, Veronica and Lewis. Lewis has written and directed TV for The Comedy Channel, Network Ten and the ABC, and has appeared on shows such as Spicks and Specks, The Feed, Gruen Transfer and The Chaser’s Media Circus. Lewis has performed standup at the Melbourne and Sydney comedy festivals and was the head writer for the political comedy show and publication A Rational Fear, which played around the country from Splendour in the Grass to the Sydney Opera House. Most recently, Lewis wrote, produced and directed Mars 500, which was awarded funding through the prestigious ABC/Screen Australia funding initiative Fresh Blood.