Coffee and Headlines with The Monthly: Peter Pomerantsev

Peter Pomerantsev is a prize-winning Soviet-born British journalist and author. He is a Senior Fellow at the Institute of Global Affairs at the London School of Economics, studying 21st-century information manipulation and how to fix it. An author and TV producer, he is a widely cited expert on disinformation and media, and writes for publications including Granta, The Atlantic, Financial Times and many others. His first book, Nothing is True and Everything is Possible, won the 2016 Royal Society of Literature Ondaatje Prize, and was nominated for the Samuel Johnson, Guardian First Book, Pushkin House and Gordon Burns prizes. It has been translated into more than a dozen languages. His most recent book is This is Not Propaganda. 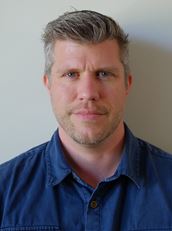 Richard Cooke is the author of On Robyn Davidson and Tired of Winning. He is The Monthly's Contributing Editor and US Correspondent, and his work has appeared in the The New York Times, The Paris Review, The New Republic, The Guardian, Best Australian Essays, The Best of Longform and Australian Foreign Affairs. He is a former Mumbrella Publish Awards Columnist of the Year.

Pamela Williams is one of Australia's top investigative journalists. She spent nearly three decades at The Australian Financial Review, and three years at The Australian. She returned to The Financial Review in 2019. She has won six Walkleys including the Gold Walkley, plus the Graham Perkin Journalist of the Year award, the Quill award, and the George Munster award. She has written two best-sellers: the political book The Victory; and the business book, Killing Fairfax, which won the Walkley's Book of the Year.

Nick Feik is editor of The Monthly. As a writer, he has contributed political and current affairs-related pieces to The Age, The Sydney Morning Herald, ABC's The Drum and The Saturday Paper. Under the auspices of The Monthly, he created email newsletters the Shortlist Daily and Politicoz/Today.