Australia has always known fire, but not like last summer – not everywhere, all at once. How do we as a nation process the scale of destruction? How can we reduce the severity of future fires, especially in the face of global warming, and incorporate Indigenous expertise as we look after our land? Hear from Alice Bishop, whose book A Constant Hum grapples with the aftermath of the Black Saturday bushfires; Dark Emu author and volunteer firefighter Bruce Pascoe; and Indigenous fire practitioner and author of Fire Country: How Indigenous Fire Management Could Save Australia Victor Steffensen. In conversation with Hamish Macdonald.

Victor Steffensen is a Tagalaka descendant from Far North Queensland. His works specialize in the application of traditional knowledge for the well-being of cultural and environmental well-being. He has developed the practice of influencing traditional teachings with many Elders from related clan groups within his region. Through a powerful combination of filmmaking, writing, and musician skills, Victor has succeeded the many challenges of applying traditional knowledge values to a changing world. This has lead to the opportunity of working with many people and cultures in developing their own aspirations all over Australia and other parts of the world. Throughout Australia, Victor plays a strong role as a indigenous fire practitioner and continues to influence indigenous and non-indigenous people with his practice. His book Fire Country is a powerful examination of how the revival of cultural burning practices, and improved 'reading' of country, could help to restore our land.

Hamish Macdonald is a broadcast journalist and news presenter. He is the host of the ABC's Q+A political panel discussion show, regular presenter of Radio National Breakfast, reporter for Foreign Correspondent and appears on The Project on Network Ten. Hamish has won a Walkley award for current affairs journalism and was named Young Journalist of the Year by Britain's Royal Television Society in 2008. In 2016 he was awarded a Nieman Fellowship at Harvard University; he now sits on the Walkley’s Judging Board. 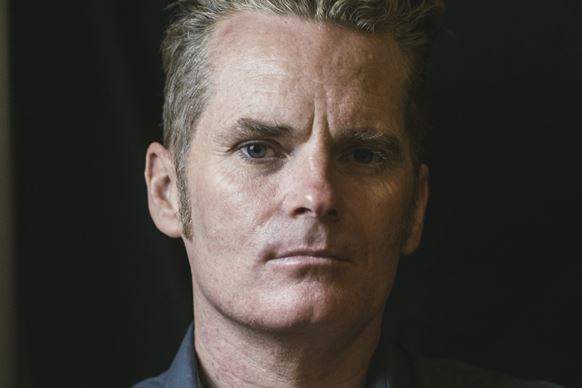 The New Vanguard of Climate Fiction