The Russell Prize for Humour Writing 2019

The Russell Prize is awarded for the work judged to be the best book of humour writing by an Australian author. Light or dark, fun or farce, published works of fiction, memoir, poetry and verse are considered for the biennial $10,000 prize. Join us for a night of laughs as we hear hilarious readings from some of Australia’s funniest people followed by the announcement of this years winner.

The Russell Prize for Humour Writing is awarded biennially for the work which is judged to be the best book of humour writing by an Australian author and published in the previous two years. Light or dark, fun or farce, published works of fiction, memoir, poetry and verse by Australian writers will be considered for the biennial $10,000 prize.

Presented with the State Library of New South Wales.

Susie Youssef is a comedian, actor, writer and improviser. She has written, performed and produced comedy for stage, radio and television in Australia and around the world. She was a core cast member on Whose Line Is It Anyway? Australia, and appeared as a guest in ABC series Squinters, Screen Time, Rosehaven, Get Krack!n and No Activity on Stan. She is a regular guest on radio and TV and has appeared on Have You Been Paying Attention, Hughesy, We Have A Problem and The Project. 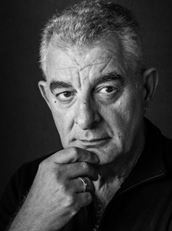 Lex Marinos OAM has worked in all areas of the entertainment industry as an actor, director, writer, broadcaster and teacher. Best known for his television performances in Kingswood Country and ABC’s production of The Slap. On stage Lex has appeared with the Nimrod, APG, Sydney Theatre Company, Melbourne Theatre Company, Company B, Big hART, and at many arts festivals, as well as commercial productions such as The King and I. His memoir is Blood and Circuses: An Irresponsible Memoir.

Jordan Raskopoulos is a popular comedian, digital content creator, and speaker. She’s best known as the lead singer of the musical comedy group The Axis of Awesome, her Ted Talk on anxiety, as well as her campaign to change Australia Day to May 8, Maaaate.

Mark Humphries is the host of Pointless on Network Ten and the resident satirist on ABC's 7.30. A talented comedy writer and performer, Mark is also known for his work on SBS Viceland’s The Feed, ABC News’  The World and as a regular guest on ABC’s Insiders. Mark cut his teeth as a presenter on ABC2’s The Roast in 2012 and after a successful three-year stint, his segment was picked up by Guardian Australia. Mark then moved to radio, guest hosting The List and TV Club on ABC Radio National in 2016 and co-hosting Radio Chaser for the Triple M Network in 2017. In 2016 he co-authored The Chaser’s Australia and has also contributed to The Chaser Quarterly.

Toni Jordan: On Why Molière Was a Rom Com Writer