Millennials have been blamed for everything from the death of the nine-to-five work week to the decline of the diamond industry. Delve beyond the facile headlines with three exuberant and incisive millennial writers as they share insights into the complexities and challenges of their generation. They give their takes on work, home, the economy, bodies and art. Featuring poet, educator and researcher Evelyn Araluen, Caoilinn Hughes (Orchid and the Wasp) and Fiona Wright (The World Was Whole) in conversation with Lifted Brow and Brow Books publisher Sam Cooney.

Supported by Culture Ireland and the Consulate General of Ireland, Sydney.

Caoilinn Hughes is an Irish writer whose poetry collection Gathering Evidence won the Irish Times Shine/Strong Award. She has received fellowships from the Bogliasco Foundation, Art Omi, La Napoule Foundation and Siena Art Institute, as well as a Literature Bursary Award from the Arts Council of Ireland and the Ireland Funds Monaco Award. Her work has appeared in Granta, POETRY, Tin House, BBC Radio 3 and elsewhere. She holds a PhD in English Literature from Victoria University of Wellington, New Zealand. Pulitzer Prize-winning author Anthony Doerr calls Hughes’ debut novel Orchid & the Wasp, “a gorgeous novel told in an onrush of wit and ferocity [... which] will rattle your most basic assumptions about money, ambition, and the nature of love. Caoilinn Hughes is a massive talent.”

Fiona Wright is a writer, editor and critic from Sydney. Her book of essays Small Acts of Disappearance won the 2016 Kibble Award and the Queensland Literary Award for non-fiction. Her poetry collections are Knuckled, which won the 2012 Dame Mary Gilmore Award, and Domestic Interior, which is shortlisted for the Prime Minister’s Literary Award. Her new essay collection is The World Was Whole.

Evelyn Araluen is a poet, educator and researcher working with Indigenous literatures at the University of Sydney. Her work has won the Nakata Brophy Prize for Young Indigenous Writers, the Judith Wright Poetry Prize, and a Wheeler Centre Next Chapter Fellowship. Born, raised, and writing in Dharug country, she is a Bundjalung descendant. 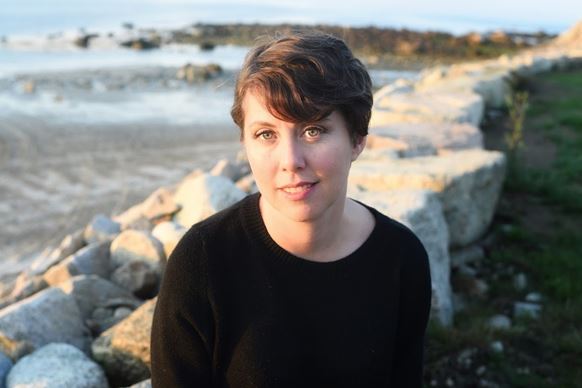