ABC Radio’s Sarah Macdonald and Rebecca Huntley host a very special Sydney Writers’ Festival edition of Giant Dwarf’s The Full Catastrophe: a live show about when life was so bad, it was funny. Sarah and Rebecca welcome guests Clare Wright, James Jeffrey, Kumi Taguchi and Sally Rugg as they come together in front of a live audience to share a painful and hilarious incident in their lives.

Presented with Giant Dwarf. Supported by the University of Sydney.

Dr Clare Wright is an award-winning historian and author who has worked as an academic, political speechwriter and radio and television broadcaster. Her book The Forgotten Rebels of Eureka won the 2014 Stella Prize and NIB Waverley Prize for Literature. Her latest book is You Daughters of Freedom, the second in her Democracy Trilogy. Clare is currently an Associate Professor in History at La Trobe University. 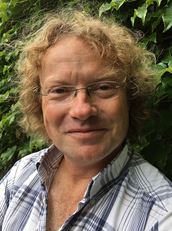 James Jeffrey is the award-winning parliamentary sketch-writer and Strewth columnist for The Australian. He is also the author of The Wonk's Dictionary (with Jon Kudelka), My Family and Other Animus, and Paprika Paradise.

Sally Rugg is a LGBTIQ activist and the Executive Director of Change.org Australia. She worked at the forefront of the campaign for marriage equality while Campaign Director at GetUp. Her first book How Powerful We Are is about dirty politics, sophisticated campaigning and how Australia finally said 'yes' to love, and will be published in 2019. 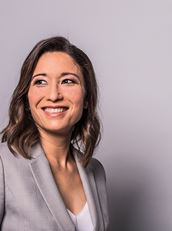 Kumi is the host of the ABC show, Compass, and a regular host of major live events, including the Australian of the Year Awards. In 2018, Kumi was the MC at the opening and closing ceremonies of The Invictus Games in Sydney, broadcasting to a global audience of 60 million. Kumi has been working in the media for over 20 years, after initially training as a classical violinist. Her first media job was at the ABC’s 7.30 Report in 1997, where she picked up dry-cleaning, organised couriers and transcribed the answering machine. As a journalist two decades on, Kumi has held a number of roles at the ABC and SBS in Australia; and Star TV and Asia Television in Hong Kong. She has anchored nightly news, ABC News Breakfast and the 7:30 Report.

Sarah Macdonald is a broadcaster, writer and facilitator. She presents Weekend Nightlife on ABC Radio for night owls. She co-hosts The Full Catastrophe with Rebecca Huntley – a feel good storytelling event about when life got so bad it was funny. Her best selling book Holy Cow has sold around the world and been translated into several languages. It's become a travellers bible (albeit usually black market) and is currently in development for television. She reads. A lot.

Rebecca Huntley is a writer, broadcaster and social researcher. She writes for ABC Life and presents The History Listen on Radio National. She is the author of numerous books. She is an adjunct senior lecturer at the School of Social Sciences at The University of New South Wales and is on the board of The Whitlam Institute.

Toni Jordan: On Why Molière Was a Rom Com Writer

Marc Fennell: On the Subculture of ‘Chilli-heads’