Pull up a chair and settle in to hear your favourite children’s authors and illustrators read their stories in the Clubhouse. With a different author dropping by every half-hour, you never know who you might meet. Rec. 3+

Christopher Cheng is an accomplished full-time children’s author of fiction and non-fiction and has a Master of Arts in Children’s Literature. Christopher’s book, Sounds Spooky both won an Aurealis Award, and was awarded as a CBCA Notable Book. His newest book One Tree, with Bruce Whatley is out April, 2019.

Adrian Beck writes funny, action-packed stories for kids. Adrian produces the TV show, Kids' WB, and has also worked on The Logies, Carols by Candlelight, Prank Patrol and Who Wants To Be A Millionaire. Adrian is the author of the Champion Charlies series and Stuff Happens: Dale plus he co-wrote the Kick it to Nick series with AFL legend Shane Crawford. Adrian is the co-editor of Total Quack Up, along with Sally Rippin, his podcast co-host of The KidLit Club.

Tim Miller is an Australian bestselling children's author. Tim writes hilarious books for kids of all ages. His first picture book, There is a Monster Under My Bed Who Farts, was an instant hit. He's now published seven picture books, his latest is Burpzilla. Tim's latest project are two chapter books called Fart Monster and Me: The Class Excursion and Fart Monster and Me: The Birthday Party out just in time for the Festival!

Frances Watts is an award-winning author of more than 25 books for younger readers. Her bestselling picture books include Kisses for Daddy, Parsley Rabbit's Book about Books, and The Fearsome, Frightening, Ferocious Box, illustrated by David Legge, as well as Leonard Doesn't Dance and Goodnight Mice!, illustrated by Judy Watson. Frances is also the author of the medieval Sword Girl series and the Stinky Street series (under the name Alex Ratt).

Zoe Norton Lodge has worked with the Chaser team on ABC TV shows including The Hamster Wheel, The Chaser’s Media Circus and The Chaser’s Election Desk and she was a writer and presenter on The Checkout for six years. Zoe is co-creator of Story Club, and has written approximately four million short stories. Zoe’s writing is widely published in Australian anthologies, including Best Australian Stories. Her first book of short stories was Almost Sincerely. The first two titles in her new middle grade series Elizabella Meets Her Match, and Elizabella and the Great Tuckshop Takeover are out now. 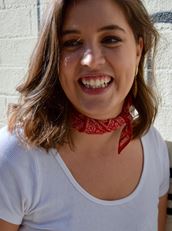 Georgia Norton Lodge is a Sydney-based graphic designer and illustrator. When she's not creating brands, she's working on her own business, Georgia Draws A House (recently featured on The Side Hustle School Podcast), where she delights people by hand drawing their homes. She's also Zoë's younger sister. Elizabella & The Great Tuckshop Takeover is their third book together.

Beck Feiner is an illustrator and author living in Redfern, Sydney. She came to attention with her first book, Aussie Legends Alphabet, a picture book highlighting culturally significant Australians. Her second book, If I Was Prime Minister, co-created with her husband Robin, explores the fantasy of how wonderful this country could be if kids, rather than adults, called the shots. Beck is currently working on two new titles and hopes that her style doesn’t mature as fast as her kids have. 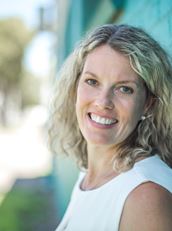 Jess Black loves animals, laughs and adventures and all three feature prominently in the over thirty-five books for children she has written. Her most recent work is The Tales of Mr Walker, a collection of stories about a hotel dog with a nose for adventure. Jess lives with her own two children, a naughty dog and adventure loving husband in Newcastle.

Leila Rudge grew up in England and spent her first few years making mud pies with her five siblings. Not long after completing an Illustration Degree at Bath Spa University, she jumped on a plane to Australia in search of sunshine and the sea. Her illustrations are a mixture of pencil, paint, paper and any other bits and bobs found in her studio and she loves adding collage to her drawings. She has illustrated numerous picture books for children, and Let Me Sleep, Sheep! her most recent picture book was released March, 2019.

Ursula Dubosarsky is the author of over 60 books for children and has won several national prizes including the NSW, Victorian, South Australian and Queensland Premier's Literary Awards. Her latest books is Midnight at the Library, in celebration of the National Library of Australia. She was recently nominated for the international Hans Christian Anderson and Astrid Lindgren awards for children's literature.

Fiona Burrows is an author-illustrator from Perth, WA. Her first two picture books, Violet and Nothing and The Day We Built the Bridge were published in early 2019, with more on the way. Fiona has a BA and a PhD in Arts from The University of Western Australia, where she currently works as an academic adviser. Her poetry has previously been published in Australian literary journals, and she has taught creative writing, poetry, literature and communications at university.

Born in Melbourne in 1942, Gwyn Perkins began his artistic career when he won a newspaper drawing prize of one guinea and a box of paints. He spent many years as a successful animator in the advertising industry before moving to an island north of Sydney to enjoy a slower pace. He spends his days drawing, sailing and doing odd jobs for his friends and family. He was award the CBCA Picture Book of the Year award for A Walk in the Bush, and his most recent picture book A Day at the Show was released late 2019.