How do we derive a sense of self in an increasingly fragmented and digitalised world? What is real – a carefully curated social media persona or a scarred, imperfect body? Perhaps the self is just an illusion, an attempt to create order amidst the chaos. Guest Curator Melanie Cheng tackles these questions with three esteemed authors who have each wrestled with concepts of the self through their work: Eleanor Gordon-Smith (Stop Being Reasonable), Lee Kofman (Imperfect) and Olivia Sudjic (Exposure and Sympathy).

Olivia Sudjic is a writer living in London. Her work has appeared in publications including The New York Times, Paris Review, Financial Times, The Sunday Times, Guardian, Vogue and Wired. She is the author of Sympathy, her 2017 debut novel which was a finalist for the Salerno European Book Award, the Collyer Bristow Prize and has been translated into five languages, and Exposure, a personal essay exploring the anxiety epidemic, internet feminism and autofiction, named an Irish Times and Evening Standard Book of the Year in 2018.

Lee Kofman is the author of five books, including creative nonfiction works Imperfect and The Dangerous Bride, and was the co-editor of Rebellious Daughters, an anthology of prominent Australian memoirists. Her short works have been widely published in Australia, UK, Scotland, Israel, Canada and US. Her blog was a finalist for Best Australian Blogs 2014. Her next anthology Split will be published in 2019. 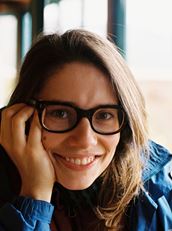 Eleanor Gordon-Smith is a writer, philosopher and radio producer working at the intersection of academic philosophy and the messy chaos of human life. Her work has appeared on NPR's This American Life, RN's The Philosopher's Zone, and in Meanjin, The Sydney Morning Herald, and The Australian.

Melanie Cheng is a writer and general practitioner. Of Chinese-Australian heritage, she was born in Adelaide, grew up in Hong Kong and now lives in Melbourne. Her short story collection Australia Day won the 2016 Victorian Premier’s Literary Award for an Unpublished Manuscript and the 2018 Victorian Premier’s Literary Award for Fiction, and was shortlisted for the 2018 Indie Book Award for debut fiction and the 2017 Readings Prize for New Australian Fiction. Room for a Stranger is her second book.