How do we think about power, politics and gender in Western Sydney? Ramesh Mario Nithiyendran pushes the boundaries of figurative sculpture and ceramics conventions through his multidisciplinary art practice. In 2019, the artist will present his first solo exhibition in a Western Sydney art space at Casula Powerhouse Arts Centre. In conjunction with his new exhibition, Ramesh will be joined by a panel of prominent artists and writers to discuss the themes of power, politics and gender, and their resonance in a Western Sydney context. 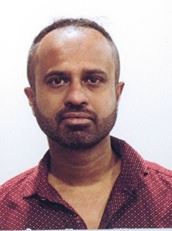 Jiva Parthipan is a director, creative producer and arts/cultural worker based in Sydney, Australia and working internationally with theatre, dance, performance, film and interdisciplinary art. His work has been seen in the UK at Tate Modern, ICA — Institute of Contemporary Arts, Saddlers Wells, National Review of Live Arts, IETM — Paris and Dublin, Bone Festival, Claendestino Festival Sweden, and various festivals in Norway, Netherlands and South Africa. Jiva currently works as an arts and cultural worker at STARTTS in Sydney, initiating, developing and presenting arts and cultural activities with refugees in their own community settings, in partnership with Australian cultural institutions. 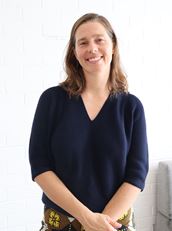 Cigdem Aydemir is a Sydney-based artist working in the mediums of installation, performance and video art. Her socially and politically engaged art practice investigates possibilities for intersubjective and transcultural communication with an interest in post-colonial and feminist issues. Much of her work expands on the veil as a culturally constructed site and as material realisation, while exploring the veiled woman cipher as resistant female other and as lived experience. Through critiquing, decolonizing and queering mechanisms, Cigdem questions established relations of power, while producing work that is driven equally by research, play, criticism and humour. 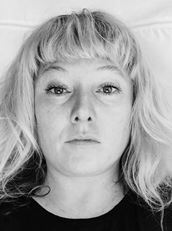 Justene Williams is a Senior Lecture at Queensland College of Art, Griffith University and has been a practising artist for over 25 years. She is well-known for her large scale video performances, installations and sculptures. Williams’ performance installations celebrate the avant-garde dream of the ‘total artwork’, while deconstructing it with the female body — domesticating and situating it in the reality and absurdity of now. Williams’ works are held in numerous collections, including the National Gallery of Australia, Canberra and Art Gallery of New South Wales, Sydney. A monograph, Justene Williams: The Curtain Breathed Deeply, was published by Artspace, Sydney and Monash University Museum of Art, Melbourne in 2015.

Daniel Browning is an Aboriginal journalist, radio broadcaster, documentary maker, sound artist and writer. Currently, he produces and presents Awaye!, the Indigenous art and culture program on ABC RN. Awaye! surveys contemporary Indigenous cultural practice across the arts spectrum. A visual arts graduate, Daniel is also a widely-published freelance arts writer. He is currently the curator of Blak Box, an immersive sound installation commissioned by performing arts company Urban Theatre Projects. He studied English and Art History at the University of Queensland before graduating with a degree in visual arts from the Queensland University of Technology. Daniel is a descendant of the Bundjalung and Kullilli peoples of far northern New South Wales and south-western Queensland.