In an age of untruth, facts have become more valuable than ever before. But what kind of work goes into making sure facts are right, who do reporters, writers and editors turn to, and how do they verify the reliability of sources? Furthermore, where should the line be drawn between fact and fable when history is fictionalised on page and screen? Journalist Kate Wild gets to the heart of matters with RMIT ABC Fact Check Director Russell Skelton, bestselling historian Antony Beevor and writer and filmmaker Anna Broinowski.

Russell Skelton is founding editor of ABC Fact Check, Australia’s most successful multiplatform fact checking team and continues as director of RMIT ABC Fact Check. A Walkley award winning author and former business and deputy editor at The Age, he has also worked as a foreign correspondent in Washington, Hong Kong and Tokyo. In a career spanning 40 years, Russell has held senior editorial positions at the ABC, News Limited and Fairfax. He has won numerous awards for his journalism including the Grant Hattam Quill and the George Munster awards for investigative journalism. A graduate of Monash University, he is a Fulbright scholar and International Professional Journalism Fellow at Stanford University. 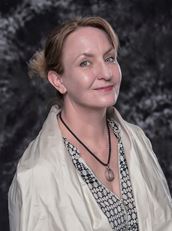 Dr Anna Broinowski is a Walkley-winning filmmaker, author and screen lecturer who documents subversive political subjects. Her films regularly reach over one million views and include Aim High in Creation! (about North Korean propaganda cinema); Please Explain (about Senator Pauline Hanson) and Forbidden Lie$ (about hoax-author Norma Khouri). Anna’s two books are The Director is the Commander and Please Explain: the rise, fall and rise again of Pauline Hanson. She is currently researching the rise of fake political videos online.

Antony Beevor’s books include Crete (Runciman Prize) Stalingrad (Samuel Johnson, Wolfson and Hawthornden Prizes); Berlin; The Battle for Spain (Premio La Vanguardia); D-Day (RUSI Westminster Medal); The Second World War; Ardennes 1944 (shortlist Prix Médicis); and now Arnhem, another international Number 1 Bestseller. His awards include Chevalier des Arts et Lettres in France, Cross of the Order of Terra Mariana in Estonia, and Commandeur de l’Ordre de la Couronne in Belgium. He received a knighthood in 2017. His work has been translated into thirty-three languages and has sold more than eight million copies. A former chairman of the Society of Authors, he has received four honorary doctorates, a fellowship of King’s College London and is a visiting professor at the University of Kent.

Kate Wild is an investigative journalist whose work with distinguished teams at the ABC has been recognised with three Walkley Awards and a Logie. Her reports from Darwin, where she lived from 2010 to 2016, laid the groundwork for a Four Corners story on juvenile detention that prompted the calling of a Royal Commission. Kate's first book, Waiting for Elijah, received critical acclaim. It details the fatal police shooting of a mentally ill man in country NSW. Kate lives and works in Sydney.