Much-loved compere Benjamin Law and a line-up of standout Festival guests respond to the 2019 theme of Lie to Me in an evening of stories and song. They will explore the fibs, fictions and falsehoods that underpin our daily lives and personal relationships, and whether facts have any value in a post-truth age. Featuring playwright Patricia Cornelius, former Greens senator Scott Ludlam, political theorist Tim Soutphommasane, writer Oyinkan Braithwaite, journalist and author Ece Temelkuran, social commentator and comedy writer Nayuka Gorrie, and musical guest Megan Washington.

There will be no book signing after this event.

Supported by the City of Sydney. Ece Temelkuran is supported by Rowena Danziger AM and Ken Coles AM.

Ece Temelkuran is one of Turkey's best-known novelists and political commentators, and her journalism has appeared in The Guardian, The New York Times, New Statesman, Frankfurter Allgemeine and Der Spiegel. She has been twice recognised as Turkey's most read political columnist, and twice rated as one of the ten most influential people in social media (with 3 million Twitter followers). Her recent novel Women Who Blow on Knots won the 2017 Edinburgh International Book Festival First Book Award and her new book is How to Lose a Country, a field guide to spotting the insidious patterns and mechanisms of the populist wave sweeping the globe.

Oyinkan Braithwaite is a graduate of Creative Writing and Law from Kingston University. Following her degree, she worked as an assistant editor at a Nigerian publishing house, and as a production manager at Ajapaworld, a children’s educational and entertainment company. She now works as a writer and editor. In 2014, she was shortlisted as a top-ten spoken-word artist in the Eko Poetry Slam, and in 2016 she was a finalist for the Commonwealth Short Story Prize. She is the author of My Sister, the Serial Killer. She lives in Lagos, Nigeria. 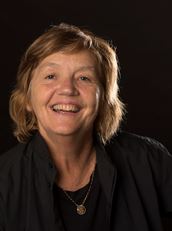 Patricia Cornelius is a founding member of Melbourne Workers Theatre. She’s a playwright, novelist and film writer. She’s a recipient of many awards, including a 2019 Windham-Campbell Prize, and her plays have earned her 11 Australian Writers Guild Awards. She is a champion of independent theatre and was awarded the Green Room Life Time Achievement award. She’s written over 35 plays including: In the Club, Shit, Savages, Do not go gentle…, Love and The Call.

Benjamin Law is a journalist, columnist, TV screenwriter and author of The Family Law, Gaysia: Adventures in the Queer East and Quarterly Essay 67: Moral Panic 101. The Family Law is also an award-winning TV series for SBS which Benjamin created and co-wrote over three seasons.

Tim Soutphommasane is a political theorist and human rights advocate. He is Professor of Practice (Sociology and Political Theory) at The University of Sydney. His most recent book is On Hate. From 2013 to 2018 he was Australia's Race Discrimination Commissioner and in that role led efforts to defend the Racial Discrimination Act.

Scott Ludlam is a former Australian politician representing the Australian Greens. He served as a Senator from Western Australia 2008– 2017, and as Co-Deputy Leader of his party 2015–2017. He is currently a columnist for Guardian Australia and his first book on ecology, technology and politics will be published in 2019.

Can You Spot a Liar?