A master of modern fiction, Man Booker Prize winner George Saunders sits down with Paul Holdengräber, the revered interviewer who he has called “one of the most brilliant minds in America, or anywhere”, to share insights into his life, craft and genre-bending body of work.

George Saunders is the author of nine books, including the novel Lincoln in the Bardo, which won the Man Booker Prize, and the story collections Pastoralia and Tenth of December, which was a finalist for the National Book Award. He has received fellowships from the Lannan Foundation, the American Academy of Arts and Letters, and the Guggenheim Foundation. In 2006 he was awarded a MacArthur Fellowship. In 2013 he was awarded the PEN/Malamud Award for Excellence in Short Fiction and was included in Time’s list of the one hundred most influential people in the world. He teaches in the creative writing program at Syracuse University. Fox 8 is his latest book.

Paul Holdengräber is the Founding Executive Director of the Onassis Foundation LA (OLA), an outpost of the Onassis headquarters in Athens that began its work as a ‘center of dialogue’ earlier this year. Prior to working at OLA, he was the founder and director of New York Public Library (NYPL)’s Public Programming, and the host of LIVE from the NYPL. A seasoned interviewer, Holdengräber is known for encouraging his guests to step outside their areas of specialisation and into wider-reaching discussions. His conversational partners have included Patti Smith; Zadie Smith; Jay-Z, Wes Anderson; Salman Rushdie; Christopher Hitchens; RuPaul; David Remnick; Pete Townshend and Werner Herzog. Over the course of Holdengräber’s tenure at the Library, about 200,000 people attended interviews at the Stephen A. Schwarzman Building. Holdengräber has written essays and articles for journals in France, Germany, Spain, and the United States. He also taught at various universities including Williams College and Claremont Graduate University. He has a Ph.D. in Comparative Literature from Princeton University, and the French government awarded him the Chevalier des Arts et des Lettres in 2003. In addition to his work at OLA, Holdengräber sits on The Sun Valley Writers Conference Board of Directors, The Onassis Foundation Board of Directors, and The Paul & Daisy Soros Board of Directors. He hosts the podcast A Phone Call from Paul on Literary Hub. 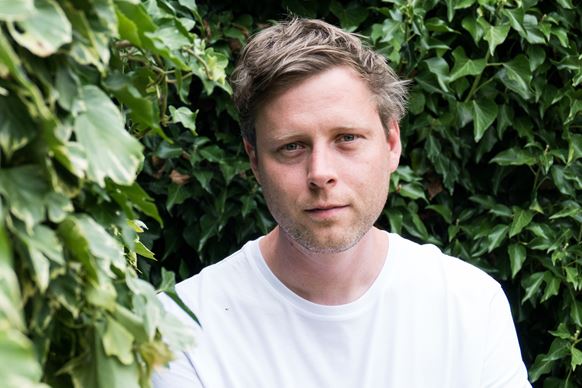